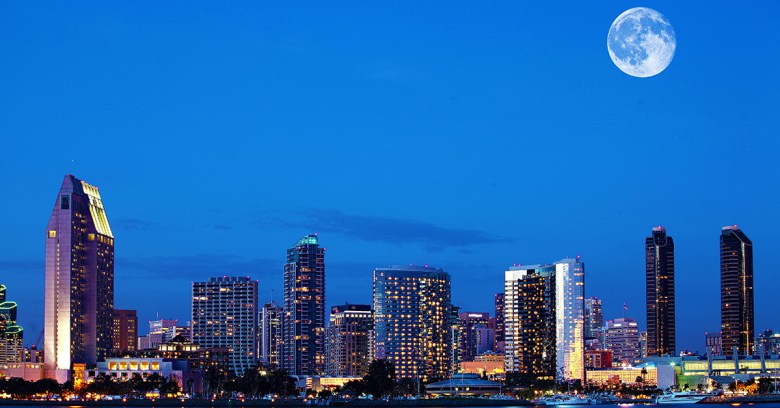 We’re pretty much used to CCTV cameras in our cities, but San Diego in California is going a step further with plans to install cameras, microphones and sensors on more than 3,000 streetlights.

These devices will, according to the Times of San Diego, start rolling out in July and provide data to help “locate gunshots, estimate crowd sizes, check vehicle speeds and other tasks”.

It’s part of a $30m “smart city” scheme to upgrade the city’s lighting, which, rather surprisingly, was approved without any discussion about potential privacy issues. According to Jen Lebron of the mayor’s office, “it’s anonymous data with no personal identifiers”. Apparently the video won’t be detailed enough to identify individuals.

Privacy groups may yet beg to differ, especially as the city says it plans to make the data it gathers in this way available to businesses.

Amazon is resisting efforts by police to get the company to hand over audio recordings from an Echo device that investigators think might be able to offer evidence in a murder case.

James Andrew Bates has pleaded not guilty to the November 2015 murder of Victor Collins, who was found dead in a hot tub in Arkansas. Amazon was issued with two search warrants seeking to find out if the device had recorded any audio around the time of the victim’s death.

In its response this week, Amazon argues that prosecutors have failed to establish it was necessary for the company to hand over the data, saying it has to weigh its customers’ privacy against such a request.

A judge in Chicago has refused to allow a provision in a search warrant that would have required people working in a building to provide their fingerprints “on to the Touch ID sensor of any Apple iPhone, iPad, or other Apple brand device in order to gain access to the contents of any such device”.

The details of the prosecution are sealed, says Ars Technica, but the documents do reveal that the warrant is part of an investigation into child sex abuse images.

Refusing the application, Judge David Weisman notes that this isn’t a case like that of the San Bernadino iPhone, with just one device the focus of the investigation. Instead, notes the judge, this is a new strategy of “forced fingerprinting”, which the government says is “the language we are making standard in all of our search warrants”.

The judge adds: “Essentially, the government seeks an order from this Court that would allow agents executing this warrant to force persons at the subject premises to apply their thumbprints and fingerprints to any Apple electronic device recovered at the premises.”