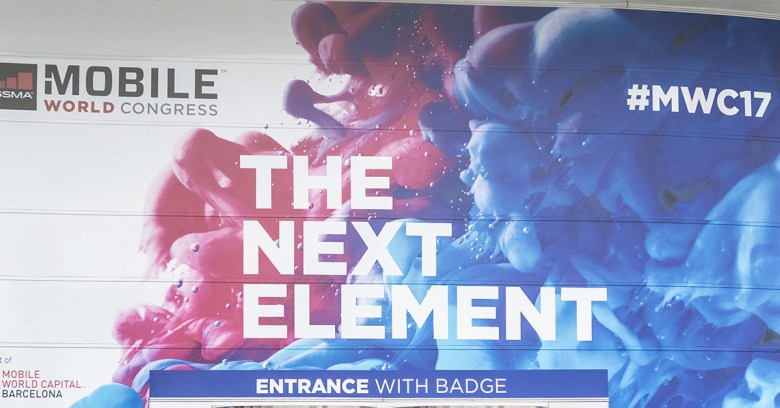 It’s a strange Mobile World Congress (MWC) indeed when there appears to be significantly more interest in the rebirth of a 17-year-old feature phone than there is in the latest products from the likes of Sony and LG.

But that appears to be the case this year with the launch by HMD Global, which licenses the iconic Nokia brand name, of the remixed Nokia 3310. The has certainly been an attention grabber, perhaps because of the nostalgia it has generated among the many attendees old enough to associate this model with their lost youth.

Others are getting in on the act: yesterday Yuanqing Yang, the CEO of Lenovo, which owns another legacy brand, Motorola, said that he did not rule out re-launching a device of similarly nostalgic appeal, the Razr smartphone. Strange days indeed.

Other attention-grabbing areas at MWC include such obvious candidates as virtual reality (VR), drones and consumer robotics, though it’s easy to come away from many of these displays with the impression that interest is quite shallow and that few manufacturers are likely to see significant revenue generated as a result. Still, it makes for a nice spectacle.

One more substantial trend is the growing presence of automakers such as Jaguar Land Rover and Ford, who are demonstrating their in-car connectivity solutions. Clearly indicating the growing importance of the connected vehicle segment, many vendors, such as Cisco Jasper, now describe the connected car as easily the most important of the many Internet of Things (IoT) segments.

Meanwhile, other growth areas are not quite so obvious. A good example of this is the IoT module makers, whose rapidly increasing presence at events such as MWC is matched only by their lack of ostentation: while it’s the VR demos that get most of the crowds, the actual deals are being done on the modules.

Telit, provider of what it claims is the industry’s broadest portfolio of integrated products and services for end-to-end IoT deployments, has a particularly strong presence at the show, focusing on high potential areas such as industrial IoT rather than on the more consumer-friendly segments such as the connected home.

It’s also noticeable how many vendors are pushing the IoT security message, including names such as F5 Networks, which many would not immediately associate with this competence.

In the wake of high-profile recent attacks, vendors such are clearly pushing the vulnerability of the IoT to DDoS attacks, noting the lack of security inherent in many connected products.

Mobile security is another significant theme at the event, with vendors such as Allot stressing their expertise in this field and pushing new models like security-as-a-service. So while it may generate fewer headlines, and cannot easily compete with the new trend of phone nostalgia, security could in fact be the bigger story here at MWC.