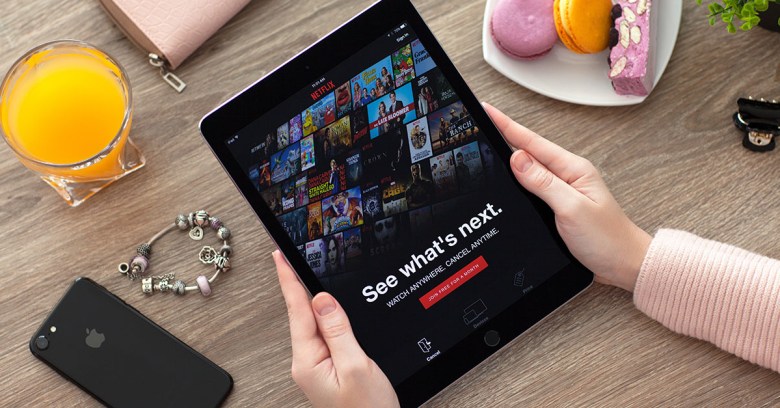 Artificial intelligence is everywhere these days – it’s even being deployed to improve your movie-watching experience.

Todd Yellin, vice-president of innovation at Netflix, told an audience at Mobile World Congress in Barcelona this week that the streaming giant has been using AI to analyse each shot and adjust the compression accordingly to try and hit a sweet spot where the quality isn’t noticeably affected while at the same time improving delivery of what you’re watching.

“We’re allergic to rebuffering”, Yellin said, explaining that the aim is to improve the experience for the growing number of people who watch Netflix content on mobile devices.

The technology is called Dynamic Optimzer, and Yellin said it will be introduced “some time in the next couple of months”.

Yahoo chief executive Marissa Mayer won’t be getting her bonus or her stock award after an independent investigation found that senior executives at the company mishandled the two huge breaches, NPR reported on Thursday.

The breaches have already held up the sale of Yahoo to Verizon and hit the price the telecoms provider was set to pay, with $350m being discounted from the original agreed price of $4.83bn.

Mayer had pledged on her personal Tumblr page to forego the bonus and had asked that it be distributed instead among Yahoo employees, but it wasn’t clear in the wake of the result of the investigation if that would still go ahead.

Norwegian public broadcaster NRK has come up with a thoughtful way to cut down on spam and trolling in online comments: it is experimenting with forcing people to prove that they’ve read a piece before they’re allowed to chime in below the line with comments.

The point, NRKBeta journalist Ståle Grut told Nieman Lab, is “to try and make sure that people are on the same page before they comment. If everyone can agree that this is what the article says, then they have a much better basis for commenting on it.”

With more and more publishers deciding that trying to maintain a worthwhile, respectful and yet lively community isn’t worth the candle and ending commenting, websites around the world – including this one – will be watching the results of this thoughtful experiment closely.