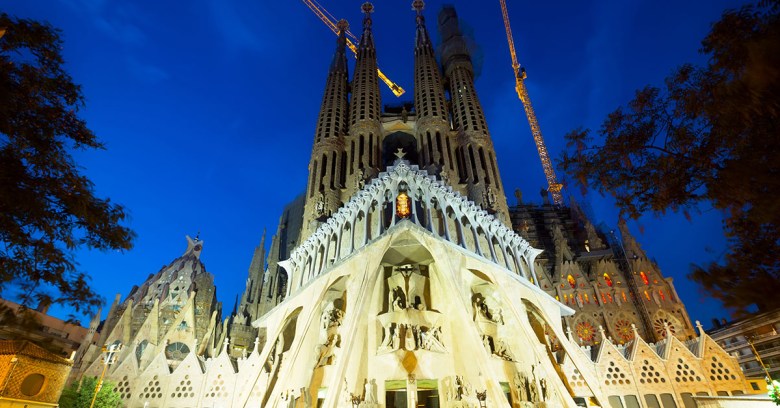 Fancy a tourist trip to the iconic Sagrada Familia cathedral in Barcelona? You might get around more easily in future as the city of Barcelona is trialling a scheme to track how people move around the church when they are in it.

The objective is to reduce congestion but there will inevitably be concerns about security, privacy and just what they can track. Fortunately, at least one project in the UK, run by Transport for London, suggests that it’s possible to use be part of this kind of project without compromising your privacy. And of course, you can only be tracked if you have a device with you – and don’t forget that you can always switch WiFi or Bluetooth off.

The Spanish scheme was developed by d-Lab with data from Orange, and used WiFi, GSM and and 3D sensors to establish how people were moving around the attraction and the effect they had on the building and the surrounding environment. D-lab established exactly how many people entered the church after approaching it and how long they stayed, and was therefore able to advise the authorities on how to manage entries so that congestion was cut.

Similar schemes have been tried before; Disney had a trial with its “magic band” a couple of years ago to see how people moved around the attraction.

The scheme in London trialled tracking people on the underground through their mobile phones that were logged into the free WiFi provided on the Tube. The aim was to get data on how people travel around the network to combat congestion and work out the routes people were taking rather than just the points at which they entered and exited the tube network. TfL assured users that all data would be anonymised when it announced the pilot.

Jonn Elledge, editor of Citymetric, published by the New Statesman about cities, agreed that privacy and security were fundamental but stressed the benefits assuming this could be made to work. He said:

What we haven’t been able to have before is data about how people move through a city – we’ve just had where they use their cash cards and travel cards. We can now see routes people are taking as well as where they pay.

Ultimately that tells you where the congestion is going to be and therefore where you need to invest, and that’s quite a benefit.