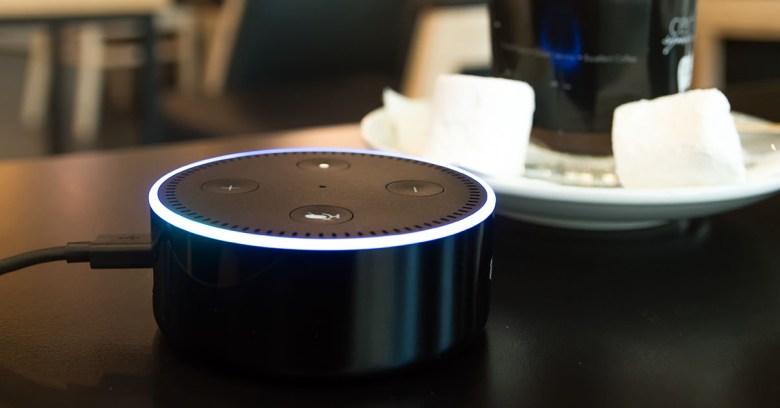 You have the right to remain silent. Does your eavesdropping IoT thingie with the always-on microphone?

That’s still up in the air, now that Amazon’s fight to keep Echo recordings out of court in a murder case has been rendered moot.

The murder suspect, James Andrew Bates, who has pleaded not guilty to the November 2015 murder of Victor Parris Collins, has now agreed to hand over the Echo recordings.

Arkansas police have been trying to get Amazon to help them get data from the Amazon Echo, which they found at the murder scene after Collins was strangled in a hot tub.

Amazon has resisted handing over the audio recordings.

The company’s been fighting two search warrants seeking to find out if the device recorded audio around the time of the victim’s death.

Amazon has argued that prosecutors have failed to establish it was necessary for the company to hand over the data, saying it has to weigh its customers’ privacy against such a request. It argued that both its users’ requests to Alexa and the device’s responses are covered by First Amendment rights, and that law enforcement should thus meet a high burden of proof to require release of the data.

Why First Amendment? To Amazon’s way of thinking, a user’s voice requests are protected because the right to free speech covers the “right to receive, the right to read, and freedom of inquiry” without government scrutiny. Alexa’s responses are also protected because its ranked search results are a “constitutionally protected opinion”, which qualified as free speech in a former, separate case involving Google.

Amazon has maintained that prosecutors could get the Echo information elsewhere – specifically, on Bates’s phone, where they could get at his Alexa app and research his requests and Alexa’s responses. The problem for prosecutors is that Bates’s phone – a Nexus 6P – is encrypted, keeping police from searching its content.

The Echo isn’t the only smarthome gadget that potentially has evidence to use against Bates. Investigators had already gotten water usage data from his smart water meter to allege that a spike in consumption during the wee hours of a frigid night were caused by somebody using a garden hose to clean blood off the patio near the hot tub.

Given that Bates himself has now agreed to let Feds review information on his Echo – which prompted Amazon to hand over the data on Friday and drop its legal fight, according to the Guardian – the question of whether Alexa’s question and answers are protected by the First Amendment remain unresolved.

But still, one expert on whether machine speech is protected speech says that the arguments for First Amendment protection are “surprisingly plausible”.

Toni Massaro, professor at the University of Arizona College of Law, and co-author of a paper on the subject, told Forbes that Alexa and Amazon can be seen as the same entity, and “of course Amazon itself has free speech rights”.

But the algorithms that smart devices run on aren’t so easily classified, she said:

Even if they are speech, they may not always be protected from government regulation. That something may be covered by the First Amendment does not mean it is protected.