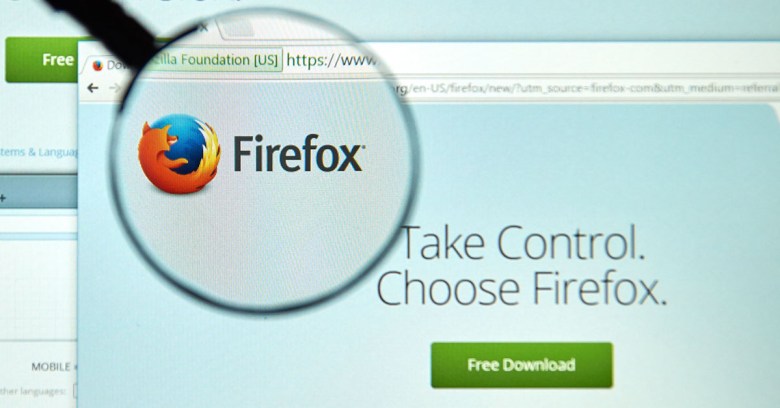 If for some reason you’re still running Windows Vista or even XP and you’re a Firefox fan, be warned: the latest version of Mozilla’s open-source browser is the last that will work on those two versions of Windows.

Windows Vista, released in 2006, comes to the end of its support lifecycle on April 11 this year, which means it will no longer get security or feature updates. It was superseded by Windows 7, which has the biggest share of the desktop OS ecosystem at just over 48%, according to Netmarketshare. Vista fans, you are among the 0.78% of people using that OS on the desktop.

Windows XP, which came to the end of its support lifecycle in April 2014, still commands 8.45% of the desktop market, but hopefully with the ending of Firefox support, users of both versions of Windows will finally look to upgrade.

The latest version of Firefox also removes support for insecure legacy plugins such as Java, Silverlight and Acrobat. Flash support hangs on, but it’s switched off by default, and it will warn users when navigating to a page that isn’t encrypted with HTTPS.

A US senator has written to Spiral Toys, the maker of the insecure CloudPets toys whose database was revealed to have been breached not once but several times, demanding answers to some questions raised by security researchers.

Bill Nelson, Democrat senator for Florida and a member of the Senate’s Committee on Commerce, Science and Transportation, wrote to Mark Meyers, the chairman and CEO of Spiral Toys on Tuesday reiterating the questions raised by Troy Hunt and others as the scale of the breach became clear.

Among the questions Nelson put to Meyers in his letter are when the company first learned of the breach, whether and how customers were notified of the breach and what user information was compromised in the breach.

Troy Hunt, who broke news of the breach at the end of last month, shared the letter from Nelson to Meyers on Tuesday. Let’s hope the senator can get answers where researchers and users haven’t been able to.

Football fans in the UK will find it harder to find to watch English Premier League games on Kodi boxes and other IPTV devices after a judge ruled on Wednesday that ISPs can cut off streaming of matches involving Arsenal, Chelsea and other Premier League teams.

The judge, Richard Arnold, approved an application from the Premier League, Bloomberg reported on Wednesday.

However, as Naked Security reported yesterday, local authorities, relying on a ruling from the Court of Justice of the European Union, have said that “accessing premium paid-for content without a subscription is considered by the industry as unlawful access, although streaming something online, rather than downloading a file, is likely to be exempt from copyright law”. Watch this space.