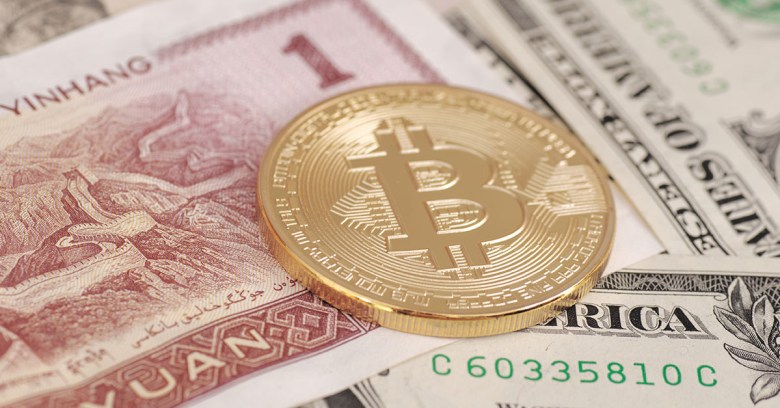 Eight years ago, bitcoin was an experimental technology of interest only to a handful of enthusiasts. Today, China – which contains one in every five internet users – is mulling the idea of a national cryptocurrency.

The People’s Bank of China (PBOC) has been trialling a national digital currency based on the same underlying technology as Bitcoin. Here’s a description of how the blockchain works, but in summary – it’s decentralized, transparent and secure.

Governments worldwide have had a problematic relationship with Bitcoin. The US has held federal hearings on it, while at a state level New York has heavily regulated the cryptocurrency with its Bitlicense. Ecuador, Bolivia and Russia have all moved to ban Bitcoin outright, while other countries have taken their time working out what to do with the cryptocurrency.

China has been among the more aggressively anti-Bitcoin regimes. Over the past few years, PBOC has pressured exchanges and banks over Bitcoin, and the government turned up the heat again this year.

It’s not surprising that countries have found it difficult to tackle cryptocurrencies. People exchanging things on peer to peer (P2P) networks used to be the music and video industry’s problem. Now, suddenly, people were exchanging money with them.

When used properly, P2P money offers true anonymity, which creates problems for authorities trying to track the flow of cash to terrorists and organized criminals. Left unchecked, it’s also a great tax evasion tool. Where governments are regulating, they’re typically making sure that anyone trading bitcoins registers their identities so that authorities can follow the money.

It’s a tricky line for policymakers to walk. Governments need to control cryptocurrencies, but if they squash them altogether, they risk missing some of its best innovations. These include fast payments, micropayments, integration with the Internet of Things, and the ability to secure transactions using permission from multiple parties.

Governments could digitize payments using a centrally controlled digital currency, sans blockchain, but then people might not trust it. Many people would find the idea of government-tracked money unpalatable.

Could a cryptocurrency-based national currency satisfy everyone, providing convenience and privacy, while giving governments enough visibility to avoid fraud and criminal financing? That’s what China seems to be hoping for.

PBOC said as far back as January 2016 that it was exploring a digital national currency, arguing that it would reduce the cost of distributing money, also also help curb financial fraud. It released several working papers, and trialled a blockchain-based trading platform that also supported currency issuance.

Fan Yifei, PBOC’s vice-governor, has emphasised the differences between privately issued currencies (like Bitcoin) and other cryptocurrencies issued by central banks. The former is volatile, with limited acceptance, he has said, while sovereign credit backs the latter.

PBOC deputy director Yao Ago last autumn described a digital currency that could be issued by China’s central bank, but through commercial banks that distribute it to the public. PBOC seems to recognize the need for anonymity, and wants to preserve that through the use of cryptography, but also wants to analyze data at a macroscopic level to understand where it’s going.

In short, he seems to be saying “you can trust us”.  Bitcoin’s original ethos, though, was that you didn’t have to trust anyone.

Still, tighter currency controls will be more attractive to many countries wanting to understand where the money goes – and nowhere more than China, which faces a hefty shadow banking problem.

China isn’t the only country to consider a digital version of a national currency. Singapore has been testing one. In the UK, a Bank of England economist at least toyed with the idea. In Canada, which for a while mulled its own digital payment system before selling it, the central bank has suggested that a digital currency would need its guiding hand to be truly successful.

“National” cryptocurrencies can come from other sources. In Iceland, where the economy suffered more than most during the financial crisis, anonymous cryptocurrency advocates released a cryptocurrency for the nation, called Auroracoin.

The blockchain isn’t a necessity for countries considering digitised national currencies, but if used, it does offer at least a shot at privacy. Detail is everything, though, and specialists focused on cryptocurrency and security will be taking a close look.