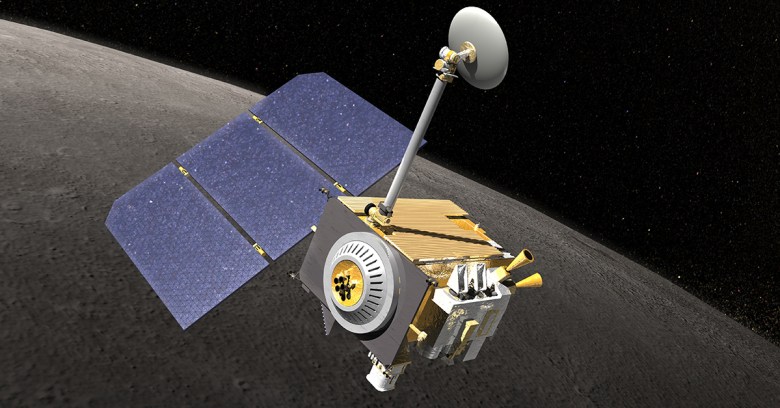 You might think that losing a spaceship would be tricky, given how big they are, but NASA has announced that it’s found not one but two errant spacecraft thanks to a new telescope technique.

The craft – the tiny and dormant Indian Chandrayaan-1 spaceship, launched in 2008, and a NASA Lunar Reconnaissance Orbiter, launched in 2009 (pictured) – were both orbiting the moon, which made it hard to spot them “hidden in the bright glare of the moon”, said NASA.

“Finding LRO was relatively easy as … we had precise orbit data where it was located,” said Marina Brozovic, a radar scientist at NASA’s Jet Propulsion Laboratory. “Finding India’s Chandrayaan-1 required a bit more detective work because the last contact with the spacecraft was in August of 2009.”

The scientists used a new application of interplanetary radar to detect and track small spacecraft, which could in future play a part in missions to the moon.

If you’ve been excited by the news that it’s possible to store data in DNA, it seems that even this exciting technology has been superseded: IBM has recently said that it has worked out how to store data on a single atom.

The team published their research in Nature last month, but for those whose physics chops don’t extend beyond high school level, how it works is well explained by Quartz, which says the researchers “found a way to magnetize individual atoms of the rare earth element holmium and use the two poles of magnetism … as stand-ins for the 1s and 0s”.

This is a proof of concept at the moment – we’re probably closer to being able to use DNA data storage in the real world. But both of these technologies are hugely exciting because they could sharply reduce the amount of expensive real estate that data storage facilities now occupy, and could also be significantly more reliable than old-fashioned hard drives and SSDs.

With various messaging apps and platforms jostling for attention and working to develop features to increase security, the news that Viber, one of the many apps, is introducing “secret chats” might have gone un-noticed.

The secret chats feature is an addition to the secret messages feature Viber introduced in January. That allowed users to set a time limit on messages and other shared content, while secret chats adds the ability to set a self-destruct timer on group message conversations. Chats can be secured with a PIN, and on Android, screenshots are also blocked.

As with the other popular messaging apps, the chats offer end-to-end encryption.

We’re fans of secure messaging systems on Naked Security, and we’d always urge you to use encryption with your messaging apps – but remember that your phone needs to be kept up to date and protected from exploits, too.