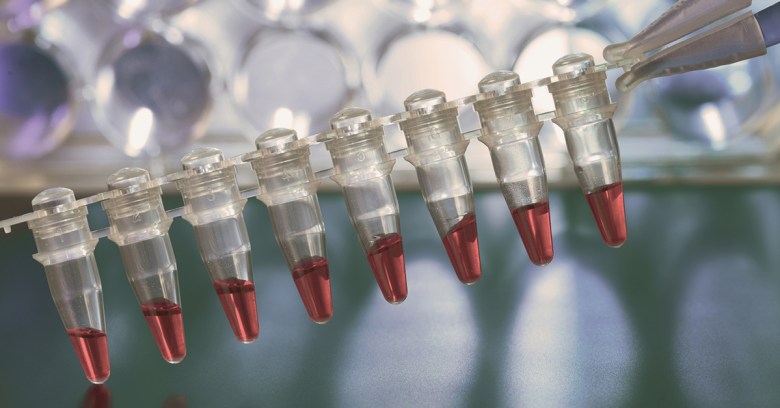 A bill that would strip genetic privacy protections from workplace “wellness” programs, allowing companies to require employees to undergo genetic testing or risk paying stiff penalties, was approved in the US by a House committee on Wednesday.

All 22 Republicans supported passage of HR 1313, known as the Preserving Employee Wellness Programs Act. All 17 Democrats on the committee opposed the bill.

Stat, which first shone light on the bill on Friday, reports that employers are at present barred from collecting genetic data by legislation that includes GINA: the 2008 Genetic Information Nondiscrimination Act.

HR 1313 gets past GINA by stating explicitly that the law’s protections don’t apply when genetic testing is done as part of a workplace wellness program.

Such programs are voluntary. Sort of. Employers have made them hard to say no to, given that the Affordable Care Act (ACA) allows them to charge their workers 30% more for health insurance if they decline to participate. HR 1313 would up that to 50%.

The programs offer things like cholesterol and blood pressure checks; get-healthy incentives such as gym memberships; smoking cessation help; and bans on junk food in vending machines. But they also frequently include questionnaires about personal details, such as plans to become pregnant, for example. Employers hire outside companies to run these programs, and those companies in turn sometimes sell employees’ health information.

Thus, as Stat reports, employees can find themselves getting marketed at, be it for weight-loss programs or running shoes.

Nancy Cox, president of the American Society of Human Genetics (ASHG), said in a letter to the House Committee on Education and the Workforce the day before it approved the bill that the legislation “would undermine fundamentally the privacy provisions” of GINA and the 1990 Americans with Disabilities Act. From the letter:

[It would allow] employers to ask employees invasive questions about their and their families’ health, including genetic tests they, their spouses, and their children may have undergone.

According to the Kaiser Family Foundation, the average annual premium for employer-sponsored family health coverage in 2016 was $18,142. If HR 1313 were to pass into law, employees could be charged 30% more, or an average extra of $5,443 in annual premiums if they decline to share their genetic and health information.

What are the chances that HR 1313 will be passed? As of Monday, opposition was growing. As Stat reported, one of the country’s leading wellness associations – the Wellness Council of America – said it would oppose the bill, calling the proposed changes “punitive”.

The association signed a statement from a new group consisting of trade associations, wellness companies and other businesses, called Ethical Wellness, that announced its opposition to the bill, which it said provides “too much opportunity for such data to be misused or misinterpreted”.

Tom Price, secretary of Health and Human Services, went on NBC’s Meet the Press on Sunday to discuss the Republicans’ efforts to repeal and replace the ACA. It sounds like he hasn’t read HR 1313, but the Trump administration might have “significant concerns” about the bill.

I’m not familiar with the bill, but it sounds like there would be some significant concerns about it. If the department’s asked to evaluate it, or if it’s coming through the department, we’ll be glad to take a look at it.

The House Ways and Means Committee and the House Energy and Commerce Committee are considering the bill. According to the National Law Review, it’s expected to be included in the larger healthcare replacement of the Affordable Care Act (ACA).