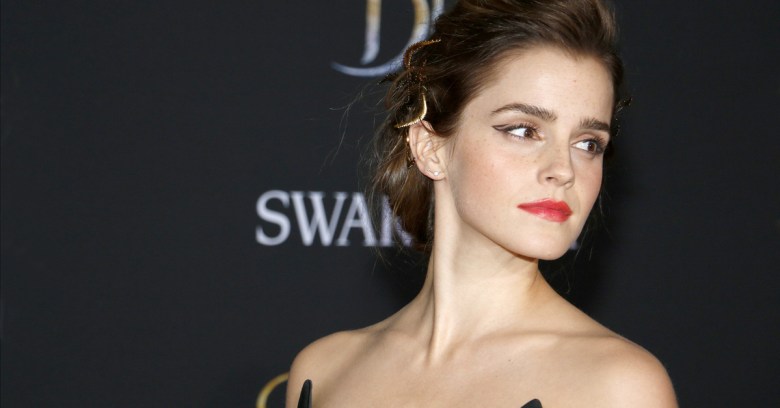 The thieves are at it again: this time, they have published stolen images of actors Emma Watson and Amanda Seyfried.

Those who claim to have seen the photos say that more celebrities’ photos are due to be exposed, and those who have no qualms about trampling on other people’s privacy are once again viewing, sharing and e-tittering over the images.

The alleged hack came to the attention of social media last week, with many tweeting that they had seen the pictures.

Watson’s spokesman had this to say:

Photos from a clothes fitting Emma had with a stylist a couple of years ago have been stolen.

They are not nude photographs. Lawyers have been instructed and we are not commenting further.

TMZ reports that Amanda Seyfried’s legal team is also taking action, demanding that nude images and those that depict “intimate moments” with an ex-boyfriend be taken down from a site called Celeb Jihad.

According to the letter, the images were “wrongfully obtained by a third party or parties without Ms Seyfried’s knowledge or consent.” Her lawyers demanded that the images be taken down “immediately and permanently”, and that the site preserve any paper or electronic evidence relating to the images, including “all emails, text messages, chat logs, screenshots or other electronic or paper documents stored on the work or home computers or mobile devices of your employees or on the cloud.”

It’s being called The Fappening 2.0, although adults are more likely to refer to the thefts as Celebgate 2.0.

The original Celebgate began in September 2014, with the gang-mugging of celebrities that resulted in intimate images of Jennifer Lawrence, Kate Upton, Kirsten Dunst, Selena Gomez, Kim Kardashian, Vanessa Hudgens, Lea Michele and Hillary Duff, among others, being stolen and disseminated online in places such as Reddit.

One of the most recent cases was that of Edward Majerczyk, 29, who pleaded guilty in September to prying open more than 300 iCloud and Gmail accounts – at least 30 of them belonging to Hollywood glitterati – and ripping off what the US Attorney’s Office demurely referred to as his victims’ “sensitive and private photographs and videos”.

In January, Majerczyk was sentenced to nine months in federal prison.

The modus operandi of Celebgate 1.0 – phishing – might well also turn out to be behind this most recent round of celebrity nude photo thefts: both Majerczyk and fellow Celebgate convict Ryan Collins – sentenced in October to 18 months in jail – got to their victims with phishing scams.

Majerczyk sent messages doctored to look like security notices from ISPs, while Collins chose to spoof his to look like they came from Apple or Google.

Both tricked victims into handing over their usernames and the passwords for their Google or iCloud accounts.

With credentials in hand, both hackers were free to romp through victims’ accounts and grab whatever photos and videos they could find.

And just as in Celebgate 1.0, it’s looking like this might be just the first of a series of stolen celebrity photo postings. The Telegraph reports that whoever originated a Reddit threat on the reported hack wrote that there could be more in store:

There may be a few more names added to that list but these are the big two.

Don’t want to break any Reddit rules so no links right now but there should be some really good drama over the next few days.

And if Celebgate 1.0 continues to be a blueprint that’s used once again in this round, that means we can expect at least one more round of arrest/conviction/sentencing, if not a series of such, as the law hunts these muggers down and the courts lock them up.

2 comments on “Emma Watson among stars targeted by hackers in ‘Celebgate 2.0’”