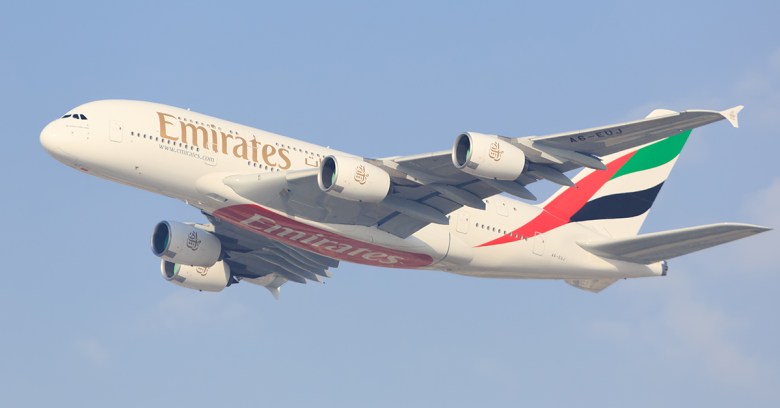 Passengers travelling from a number of Middle Eastern airports to the US and to the UK face sweeping bans on bringing electronic devices into the cabin with them, although the two countries’ bans are not consistent with each other.

Nine airlines including Emirates (pictured) were told on Tuesday by US authorities that their passengers from 10 airports in Saudi Arabia, Jordan, UAE, Qatar, Kuwait, Turkey and Morocco, would have to check their electronic devices.

The UK government’s ban affects direct flights from Turkey, Lebanon, Jordan, Egypt, Tunisia and Saudi Arabia. UK carriers operating from airports in those countries are covered by the British restrictions, including British Airways, the flag-carrier, as well as no-frills carrier EasyJet and charter airlines Monarch, Thomas Cook and Thomson. US airlines do not operate direct flights to the US from the affected countries, and so aren’t covered by the ban.

Both US and UK authorities said that the move was the result of a credible security threat, although there was speculation that the US ban was in part driven by political and commercial considerations.

The ban means any electronic device – laptops, Kindles, tablets – larger than an iPhone Plus can’t be carried into the cabin. It wasn’t clear how the ban on carrying lithium-ion batteries in the cargo hold of aircraft would be applied in the face of the new restrictions.

Google has released the first developer preview of its next version of Android, codenamed for now “Android O”. This is the second time that Google has launched a preview ahead of the official announcement of a new version of its mobile operating system, which has in previous years launched in the autumn.

The preview is available for those who like to get their hands dirty and don’t mind the risk of messing up a Nexus 5X, Nexus 6P, a Nexus Player, a Pixel or Pixel XL or a Pixel C – though you can also run it in the official Android Emulator.

New features in Android O include moves to improve battery life, adaptive icons and a picture-in-picture feature. It’s not available yet as an over-the-air update: you’ll need to be comfortable with manually flashing a device to use it.

Will you be tinkering with this new version? Let us know what you find if you do.

Hawking set for flight into space

Professor Stephen Hawking, known for having a brain the size of a planet, may be confined to a wheelchair, but he’s all set to go into space thanks to an offer from entrepreneur Richard Branson.

Hawking told a British TV programme that Branson had offered him a seat on a future Virgin Galactic flight, and, said Hawking, “I said yes immediately.”

Hawking, who has ALS and relies on a computer to speak to people, has already experienced zero gravity: he joined a special flight in 2007 that gives passengers a few seconds’ experience by flying parabolic loops.

No date has been set for the Virgin Galactic flights, for which some 700 people have paid around $250,000 to reserve a place, but when they do get off the ground, they’ll be heading into suborbital space for five minutes of weightlessness.