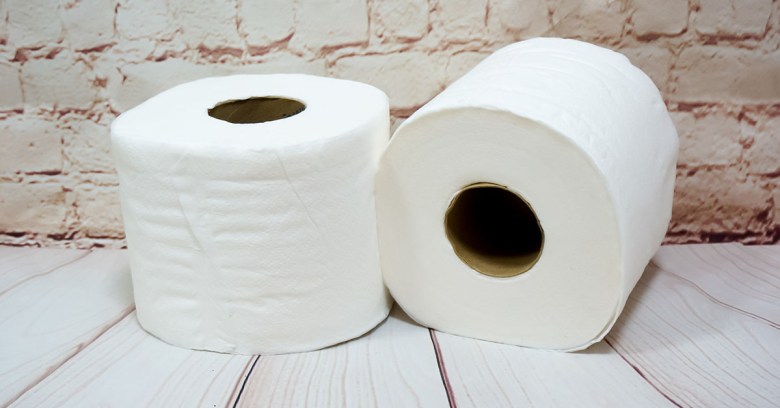 Do you really need more than 60cm of toilet paper to do your business?

You do? Really… Really? Well, you better get ready to register as a potential exploiter of the free public utility that is toilet paper if you plan to visit Beijing’s Tiantan Park anytime soon.

As the International Business Times reports, the park has installed six wall-mounted machines in its public bathrooms.

The machines are equipped with high-definition cameras to scan people’s faces for three seconds before rolling out a limited strip of paper. The purpose: to thwart toilet paper thieves.

According to the Guardian, the automated facial recognition dispensers were installed due to elderly residents removing large amounts of toilet paper for use at home.

After a two-week trial period, the park has enjoyed a 20% reduction in daily toilet paper use. The saving has reportedly meant that visitors are now enjoying an upgrade from one- to two-ply tissue, Euro News reports.

The park’s loo is one of the busiest in Beijing. Tiantan Park is where emperors of the Ming Dynasty (1368-1644) and Qing Dynasty (1644-1911) held the Heaven Worship Ceremony. As such, the park is home to the Temple of Heaven, considered the largest and most representative existing masterpiece among China’s ancient sacrificial buildings, according to Travel China Guide.

And of course, like all public toilets, the park’s restroom is just as important a temple to those in need. But if your digestive system isn’t behaving with decorum, you’ll have to wait nine minutes until the machines allow you to reapply for another facial scan – sans hats and glasses – and another 60cm of relief.

Serial paper requesters will be denied. There are no details readily available about exactly what cumulative length of paper constitutes “too much”.

Euro News quoted one user on Sina Weibo – a Chinese version of Twitter – who wasn’t too happy about the privacy implications.

I thought the toilet was the last place I had a right to privacy, but they are watching me in there too.

…while IBT quoted another Weibo user with the understatement of the week:

I am a bit uncomfortable about being watched in such places.

The machines, which have slowed things up as it is, have already broken down. Software malfunctions have reportedly forced users to wait over a minute to get what they need: a predicament for those whose need is urgent.

But a park spokesman has assured visitors that staff are on hand to provide paper for people experiencing emergencies.

Should we worry about yet more facial recognition being foisted upon us, when we have little choice but to subject ourselves to it?

As it is, London is notorious for its plethora of CCTV coverage. Police in Dubai at one point added facial recognition to Google Glass to connect a Glass-wearing cop to a database of wanted people.

But at least when law enforcement or spy agencies hoard data, they’re more or less accountable to laws stipulating how data can be stored and used. We’ve seen private companies get in on the game as well, though, and they’re not subject to the same oversight.

For example, we saw a company called Placemeter offer New Yorkers up to $50/month to keep their phones attached to their apartment windows and to keep the Placemeter app running, so that it could use the real-time data to collect and deliver information such as how crowded a place is, how long the wait is, and whether it will get more or less crowded in the next hour.

And that’s not all. We’ve also seen spying rubbish bins in London: rubbish and recycling bins set up to identify and remember people’s smartphones, and thereby the movements and habits of their owners as they walked by – rather like how web pages monitor site traffic.

Yet again, Beijing’s facial recognition in exchange for toilet paper is surveillance run amok. So much for the sanctity of the throne in the Temple of Heaven.

Want to avoid the whole thing? When in Beijing, turn to the Temple of the Large Purse with the Stash of Your Own Paper!