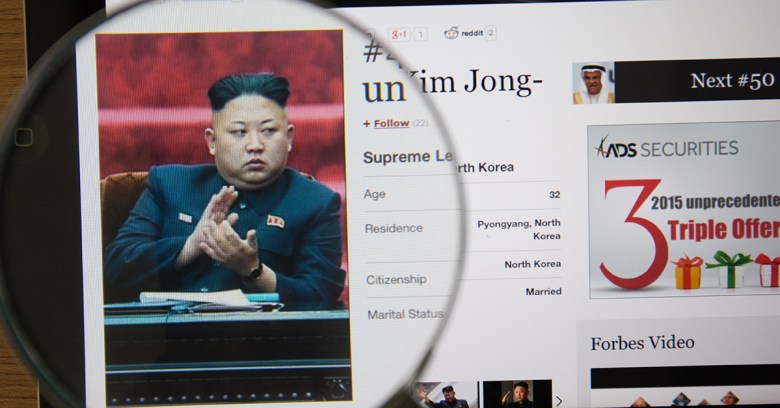 US prosecutors are probing what role North Korea might have played in last year’s theft of $81m from Bangladesh Bank – a possible involvement we noted on Naked Security at the end of last year.

Researchers spotted what the New York Times calls “a rare piece of code” that was used both in the heist that saw $81m transferred from Bangladesh Bank’s accounts via the Swift banking system to accounts in the Philippines and in the 2014 Sony Pictures breach. Speaking at an event in Colorado earlier this week, Richard Ledgett of the NSA said that the two attacks had been linked “forensically” and added: “This is a big deal.”

Reuters reported that a source has said that the FBI believes North Korea is responsible for the heist, using Chinese middlemen to help pull it off.

EU officials plan next week to discuss the US and UK ban on most electronic devices in the cabins of aircraft flying directly from several Middle Eastern and north African countries, with EU transport commissioner Violeta Bulc wanting to speak to Britain’s transport secretary Chris Grayling about the move.

Other countries including Germany, Spain and Switzerland have decided not to follow the US and the UK with the ban, while The Times reported that France is looking at following suit but had made no decision.

The UK didn’t consult with the European Commission before imposing the ban, choosing to follow the US’s advice. The Commission said: “We actively encourage member states to share intelligence and coordinate their actions. We have called for a security coordination meeting next week with all member states to assess new bans.”

Meanwhile, Bloomberg reported this week that European airports are discussing the relaxing of the restrictions on liquids in carry-on luggage, which date back to 2006. At present, passengers are prohibited from carrying bottles of liquid of more than 100ml into the cabin.

Social media ‘must do more’ on terrorism

Social media companies “can and must do more” to prevent the spread of extremist material, the British government said on Friday. The call comes two days after four people died and dozens were injured in a terrorist attack in Westminster, the location of London’s Houses of Parliament.

Theresa May’s spokesman said that “the fight against terrorism and hate speech has to be a joint one”.

British lawmakers have been focusing on the big tech companies’ role in disseminating hate speech and information that fuels crime for some time: Yvette Cooper, a member of the opposition Labour party, recently told a committee of MPs that YouTube’s enforcement of community standards was “a joke”, and said that Twitter and Facebook “are incredibly powerful organisations … it’s time they used more of that power, money and technology to deal with hate crime and keep people safe”.