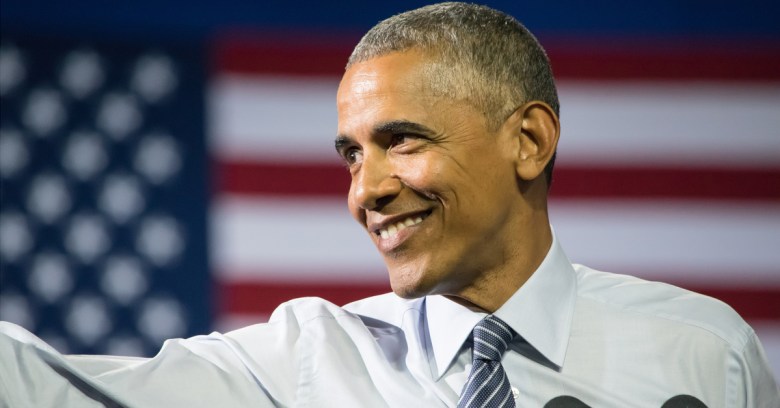 Sure, Brian Dutcher admitted, he had said, in a Facebook post, that he was planning to assassinate then-President Barack Obama.

But that didn’t mean the 56-year-old Wisconsin man was really going to do it, he claimed, after driving 45 minutes to attend an Obama speech in La Crosse, Wisconsin.

It was just a lot of hot air, he said, after being detained by Secret Service and questioned for two hours, convicted on two counts of threatening the president, and sentenced to three years in prison.

True, he did in fact back up the Facebook post by candidly repeating his assassination plan… over. And over. And over, to several people once he got to La Crosse, including a security guard, the police, the Secret Service, a nurse, a doctor, and (again) to the police and Secret Service together.

The assassination was, after all, his biblical and constitutional duty, Dutcher said. Some of his Facebook posts leading up to the day of Obama’s speech and his drive to La Crosse:

thats [sic] it! Thursday I will be in La Crosse. hopefully I will get a clear shot at the pretend president. killing him is our CONSTITUTIONAL DUTY!

I have been praying on [sic] going to D.C. for 3 months and now the usurper is coming HERE. … pray for me to succeed in my mission.

But those posts were all hot air, he argued, or in his own words, “overheated rhetoric”. How could it be otherwise? He was obviously unable to carry out the threats, Dutcher said. After all, he didn’t even have tickets to Obama’s speech. Plus, all he had in his van for weaponry was a slingshot (technically, it was a high-powered Wrist Rocket, and granted, he’d bragged about being able to kill small animals, or even a man, with just a slingshot, going so far as to compare himself to David).

But in spite of Dutcher’s arguments that his Facebook threat was a load of hooey, on Wednesday, the 7th US Circuit Court of Appeals dismissed Dutcher’s claim that there was insufficient evidence to support the charges against him.

This guy just doesn’t get it, the court more or less concluded. “Dutcher is missing the point. He was charged with threatening the President… not with the separate crime of attempting to assassinate him.”

Here’s the thing about social media posts: threats are not OK. They’re not protected speech under the First Amendment. In its decision on Wednesday, the court made that abundantly clear.

As the three-member Illinois-based appellate panel noted in its decision, the First Amendment defines a “true threat” as “a serious expression of an intent to commit an act of unlawful violence to a particular individual or group of individuals”.

A true threat does not require that the speaker intend to carry it out, or even that she have the capacity to do so.

The prohibition against true threats protects us against not just the risk that they’ll be carried out, but also against the fear they engender, the court said.

Dutcher had been convicted on two counts of “knowingly and willfully threatening the president”. The jury, in a two-day trial, had been instructed that it could find “willfulness” if the prosecution proved that Dutcher either actually intended his statement to be a true threat, or that he knew that “other people reasonably would view his statement as a true threat but he made the statement anyway.”

But, the appeals court noted, some of Dutcher’s readers had in fact taken the post seriously. Some responses:

how will killing the pres change anything then??

The jury used those apprehensive responses to the Facebook post, on top of Dutcher’s behavior, to find that the threats were genuine.

Let it be a lesson to us all: when it comes to serious threats of violence on social media, it’s not just a case of getting hot under the collar and blowing off steam. Our social media utterances can and will be used against us in a court of law, particularly if we pack up a van, head to a presidential appearance, and calmly tell everybody we meet that we’re off to murder the POTUS.

Think of it this way: there doesn’t have to be a literal fire in the theater. If we yell fire, it’s reasonable to assume that people are going to believe us and starting looking – or stampeding – for the exits.