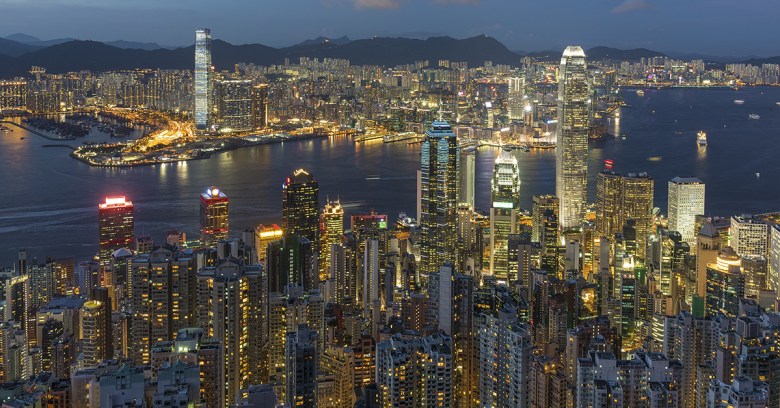 Two laptops stolen in Hong Kong contained the data of the Chinese special administrative region’s 3.7m voters as well as the personal details of the 1,200 members of the Election Committee, according to the city’s Registration and Electoral Office, in what’s thought to be Hong Kong’s biggest ever data breach.

The laptops were stolen from a locked room at the AsiaWorld-Expo on Lantau island that had been designated as a backup venue for the elections for the chief executive that were held last weekend.

The South China Morning Post reported that the electoral office had told the Office of the Privacy Commissioner for Personal Data that the laptops’ hard drives are encrypted. However, committee member Charles Mok said he found it “puzzling” that the data had been stored on a laptop.

“Perhaps they didn’t put the voters’ data in a proper place after last year’s legislative elections and then the devices were used for the chief executive election,” he added.

Pushback against call to spy on WhatsApp

A call by the UK home secretary, Amber Rudd, for increased powers to access encrypted messages in the wake of last week’s attack on Westminster has run up against opposition from major-general Jonathan Shaw, the former head of cybersecurity at the Ministry of Defence.

He told the BBC that what Rudd was calling for would push extremists into finding other ways to communicate, adding: “There is a lot of politics at play here. What they are trying to do is use this moment to nudge the debate more in their line.”

UK officials are due to meet executives from the US tech companies on Thursday, said Reuters, to press them to help with monitoring communications by potential attackers. Downing Street said: “If there are circumstances where law enforcement agencies need to be able to access the contents, they should be able to do so. How that is achieved, I think, is matter for the talks later in the week.”

Google Home arrives in the UK

Britons who want to add to their collection of devices that collect data about them will be able to buy a Google Home from the end of next week, said Google today.

Much like Amazon’s Alexa-powered devices, the Echo and the Dot, the Google Home will be able to answer questions, deliver news briefings, play music and control smarthome devices.

The Google Home device, which will cost £129, is generally thought to be better at some tasks thanks to its use of the AI-driven Google Assistant, which debuted on the Pixel and Pixel XL phones, and the superior search capabilities of Google, but Amazon’s devices have a significant first-mover advantage in the UK having arrived at the end of last year.

We have written about some of the issues of how these smart devices collect data, but doubtless some gadget fans will want to add a Google Home to an existing Amazon Echo – which, if you set aside your concerns about data for a few moments, can provide some entertaining moments.