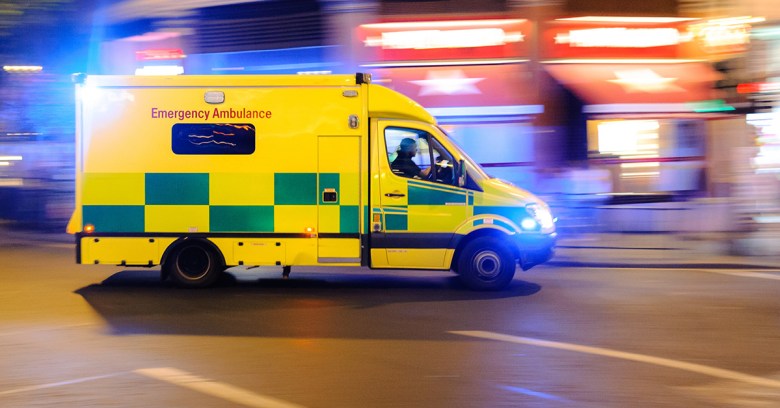 London’s Metropolitan Police have released a recording of an emergency call made by a four-year-old boy that saved his mother’s life.

The boy, who identified himself as Roman, told the emergency service call handler that his mother was dead. She was, in fact, unconscious, lying on the floor.

To make the call, Roman had unlocked his mother’s mobile phone by pressing her thumb to it. Then, he used Apple’s Siri voice assistant to ask for help. Siri dialed 999: the British emergency number.

Police were dispatched after the call handler stayed on the phone talking with Roman long enough to piece together his address in Kenley, south London. They arrived 13 minutes after the call and forced their way in to find Roman and his two brothers inside with their mother, who was lying unconscious on the floor.

Paramedics were able to give what the Met’s Command and Control Unit (MetCC) called life-saving first aid to the woman. She regained consciousness, after which she was taken to the hospital.

Police released this audio of the call in the hope that people teach their kids what their home address is and how to call police or emergency services in an emergency:

Chief Superintendent Ade Adelekan, from the MetCC, where 999 calls are handled:

If you do nothing else today, then I’d implore any parents of young children to sit down with them and make sure they know what to do in this kind of situation and that they know how to contact police or other emergency services in an emergency. As this case demonstrates so poignantly, it could really be the difference between life and death.

It’s an amazing story, and thanks to his quick thinking and by asking Siri for help, this little boy saved his mum’s life, and it means she is still here and can be extremely proud of him and his brothers.

It is an amazing story, but it’s not the first of its kind.

In June last year, an Australian mother, rushing to the nursery when a baby monitor showed her one-year-old had stopped breathing, dropped her phone while she was turning on the light. She still managed to tell Siri to call for help while she performed CPR. Both she and her husband credited the few precious seconds that Siri gave them for potentially making all the difference.

If that’s turned on, Siri can not only open music and send text messages; it can also make hands-free phone calls on its own while you drive, or, obviously, in critical situations like that faced by the Australian family last year. Note that Siri in hands-free mode only works on newer models when not plugged in to a power source. Older models – at least back to 5s – need to be plugged in to a power source to enable Siri to work in hands-free mode.

Other phone brands can also be set up for hands-free voice assistance, of course. This story illustrates one good reason to activate the feature.

But your kids don’t need to know all that. What they should know, as the MetCC said, is their home address. Another part of their training should be how to unlock a phone and how to summon help – be it through a voice assistant or pressing an emergency services number like 999 or 911.

Roman’s mother is probably thanking her lucky stars that Roman knew how to do just that.