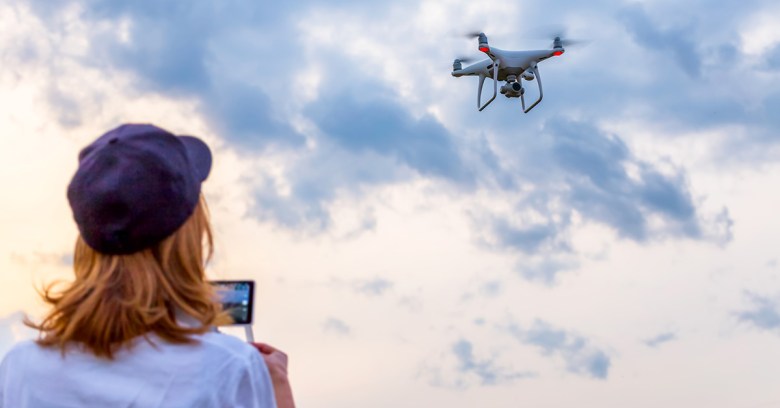 Planning to fly a drone somewhere in the US? Make sure you’re fully up to speed on all local and state – as well as FAA – rules and regulations before you do – or you might find yourself in jail.

The college’s three-part study, which is aptly named Drones at Home, found local restrictions on drone use were commonplace. Local authorities had adopted them because they felt:

The FAA’s regulations are not comprehensive and strict enough to prevent abuses of the technology.

Examining localities from Aberdeen in South Dakota to Windsor in Wisconsin, the research team discovered:

In our latest study, we have found that 30 million people in over 130 cities in the US live under local drone rules https://t.co/kL6QIIrZLz pic.twitter.com/1zyXYSfmgZ

So what do these restrictions look like? Basically, they are mainly rules aimed at restricting how and where private individuals fly their drones. Restrictions include:

When it comes to punishment, not every place specifically defines what sanctions it would impose for breaking the rules. Of those that do, fines typically range from $50 to $1,000 – but reach $10,000 in Berkeley, California – charges range from misdemeanor to infraction, and penalties might even include “jail time”.

However, these restrictions might not actually be legally enforceable since, as the study notes, “the FAA maintains exclusive authority to regulate U.S. airspace”.

Not all regulations are in contention. It’s simply the ones that limit airspaces: banning the use of drones over private property or public spaces, for example. In fact, the study notes, the federal government may take legal action if local law enforcement authorities “restrict operations that are permitted by the FAA”.

We shouldn’t also forget state’s own drone laws. While the study found a growing number of states are passing their own legislation on drones, seven states have passed bills explicitly forbidding local authorities from “enacting certain rules regulating the use of drones”. State laws include

Restricting the use of drones by law enforcement, prohibiting drones from flying over critical infrastructure, and preventing individuals from using drones to invade someone else’s privacy.

Last, but not least, we have the FAA’s own restrictions – the ones that localities and states have sought to extend. When it comes to recreational users, the FAA’s rule simply “forbids any behavior with unmanned aircraft that endangers the airspace system”. Non-recreational users, on the other hand, are given more detailed guidance:

Prohibitions against flying over people, flying at night, flying near airports, flying above 400 feet, carrying goods for delivery, operating beyond visual line of sight, and arming of a drone.

One thing this clear: regulation around the use of drones is a total jumble. Drone users don’t just need to be aware of FAA, state and local regulations, they also need to understand which takes precedence.

My advice? If you’re going to fly a drone in the US, don’t fly it over private property or public spaces; near airports, buildings or utilities; or where there’s a large crowd, major incident or likely to be any people. Maybe the Nevada desert is OK?

3 comments on “Got a drone? Check local regulations before you fly it”