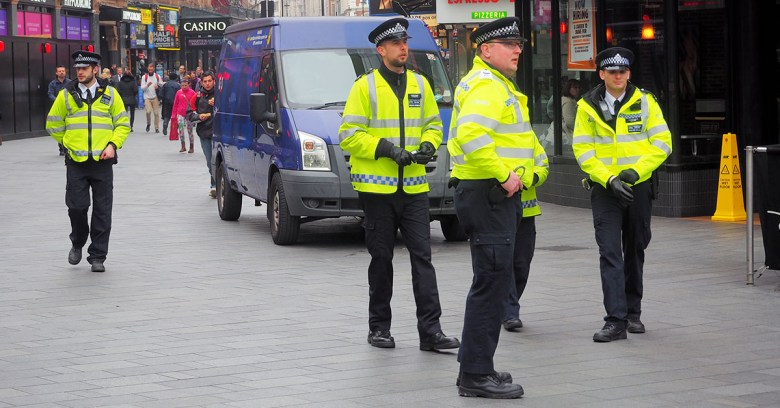 Tech firms ‘must do more’ on terrorism

Amber Rudd, the UK home secretary, was due to meet some of the biggest tech companies on Thursday to tell them they must do more to tackle extremism and terrorism – including, according to TechCrunch, saying that law enforcement must be able to “get into situations like encrypted WhatsApp”.

Her meeting with the big tech players, including Microsoft, Google, Twitter and Facebook, comes in the wake of last week’s terrorist attack in London in which four people died and many more were injured. After Rudd appeared on TV last weekend calling for access to encrypted message services, Naked Security joined the chorus of experts pointing out that what she was calling for won’t work.

Rudd’s meeting with the big four comes a day after EU justice commissioner Věra Jourová said that the European Commission in June will propose new measures to make it easier for law enforcement to access data on platforms such as WhatsApp. Jourová told Euractiv that she would announce “three or four options”, and added: “I am in a very intensive debate with the big four IT providers.”

Last year was not a good year for data protection, with more than 4bn records leaked around the world, according to IBM Security, up 566% (no, there isn’t a missing decimal point) on 2015 from 400m in 2015.

IBM said that healthcare was one of the the most targeted industries with 12m records compromised, said IBM in its report, although it fell back to third place last year as attackers refocused their efforts on the financial services sector.

Ransomware has shifted from being “a nuisance to an epidemic”, said Caleb Barlow of IBM, who added that the lost records were largely unstructured data such as email archives, business documents and source code, rather than credit card details and passwords.

The future of the internet is gloomy

Trolls, hate speech and general unpleasantness are souring the internet, according to the Pew Research Center. Its latest report on the future of free speech online gloomily predicts that “cyberattacks, doxing and trolling will continue, while social platforms, security experts, ethicists and others will wrangle over the best ways to balance security and privacy, freedom of speech and user protections”.

More than 1,500 experts, scholars and thought leaders responded to the Pew Center’s survey, with a significant minority fearing that the online future will be “more shaped” by negative activities such as harassment and trolling.

The report notes that there are “tangible and intangible economic and political incentives” to trolling, and that participation means both power and profits, with the technology companies providing the platforms having little incentive to rein in the nastiness.

It’s not all gloom, however: one respondent predicted “the rise of social robots, technological tools that can help us act as polite, decent social beings”, with another adding: “Free speech will remain possible, although AI filtering will make a major dent on how views are expressed, and hate speech will be blocked.”

2 comments on “News in brief: tech firms ‘must do more’ on terror; data breaches shoot up; gloom at toxic online spaces”