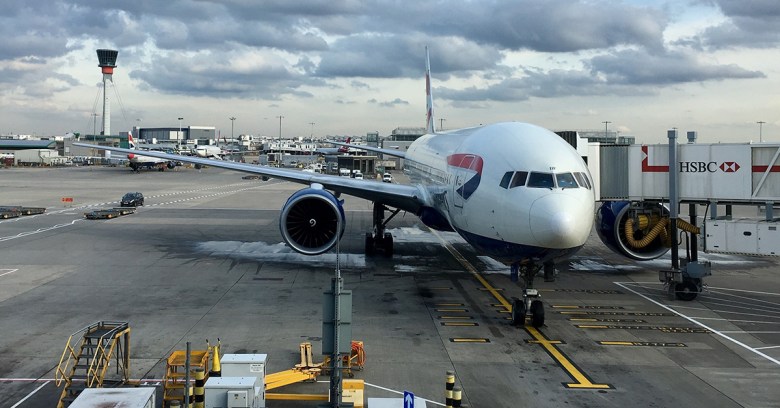 Two commercial jets using London’s Heathrow airport had close shaves with drones, aviation authorities reported on Friday. In its monthly “airprox” report for February, the CAA and MAA said that in the first incident, a drone flew within 20 metres of an Airbus A320 in October last year, while in the second case, also involving an A320, the pilot saw a drone about 50 metres away from his right wing at about 1,000 metres.

Investigators said that in one of the “Category A” incidents, “a collision had only been narrowly avoided”. These incidents bring the number of reported incidents during the past 12 months up to 59, all of which are recorded on an interactive map.

Lawmakers are pondering making the registration of new drones compulsory, while large drones are banned from flying above 121 metres or near airports and airfields.

With cyber-attacks on nations’ military forces on the rise, Germany will become the latest country to launch a cyber-command next week as it aims to boost its online defences against attacks, Reuters reported.

The defence ministry said some 284,000 attacks against its military had been recorded in just the first nine weeks of 2017, while NATO said that it had seen a five-fold increase in “suspicious events” in the past three years.

The cyber-command, which will be based in Bonn, the former capital of what was then West Germany, will have an equal status to that of the army, navy and air force, and will start off with 260 staff. That’s set to grow to 13,500 by July.

Lieutenant General Ludwig Leinhos, the commander of the unit, said that the unit would both protect the military’s IT infrastructure and develop and war-game offensive tactics: “In order to be able to defend yourself, you have to know the options for attack.”

As The Verge notes, these two sites were two of the 11 adult websites listed on Google’s 100 most visited sites: as of April 4, when these two have made the switch, only five of those will be encrypted.

Shifting to HTTPS means that while ISPs will know you’re browsing an adult site, they won’t be able to see what you were browsing, which should reassure US web users who were dismayed at the move by Congress to downgrade their privacy.

2 comments on “News in brief: jets in near miss with drones; Germany plans cyber-command; adult sites move to HTTPS”