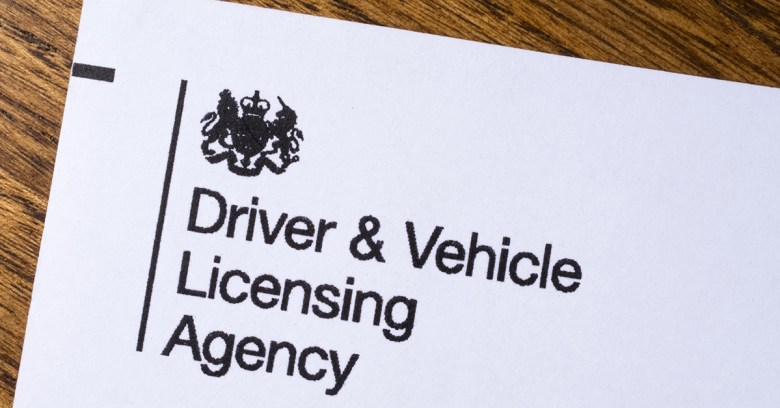 As far as the crooks are concerned, yesterday’s “scam that knows where you live” attack was just not enough for people in the UK.

Today, they’re taking the name of the UK’s Motor Registry in vain.

Known colloquially as the DVLA (pronounced deevee-ellay), short for Driver and Vehicle Licensing Agency, it’s based in Swansea in Wales.

The city of Swansea, in turn, is metaphorically associated with things like speeding fines, penalty points, licence renewals… and, from time to time, refunds for overpaid vehicle tax.

Interestingly, the UK no longer issues tax disks to display on a car’s windscreen – there’s so much automated surveillance these days using Automatic Number Plate Recognition (ANPR) cameras that there’s little purpose in having a window sticker to “prove” you’ve paid.

Anyway, if you sell or scrap a car, any tax you paid in advance for the current year will be refunded automatically, so many people will be familiar with getting money back from Swansea.

Some people may very well have had trouble getting their refund, for example if there was a problem with the bank account from which they originally paid in the money, or if they aren’t at the address on record at the DVLA, causing the refund cheque to be returned undelivered.

So an SMS looking like this could easily pass muster:

But look carefully, and you’ll realise that even though the URL contains the sort of components you’d expect in the real thing, notably gov DOT uk, the end of the server name is actually a domain based in Palau (.PW).

Palau is a tiny Pacific island country of just 20,000 people that uses its short-and-sweet domain names as a source of global revenue. (PW is branded as standing for “Professional Web”, although this particular domain name is anything but.)

If you click through, you’ll see a web page that seems realistic enough at first sight, although the “facts” are bogus (you don’t get offered a refund and then claim it), and both the grammar and style are sub-standard for Her Majesty’s Government: 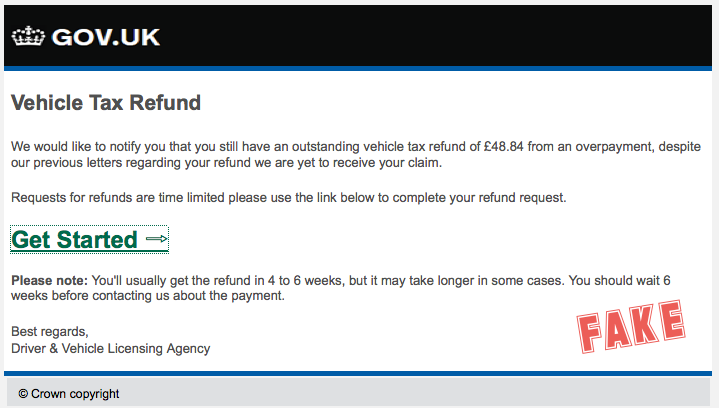 If you click [Get Started->], you’re straight into a phishing page that believably asks for sufficiently many personal details that the crooks could fleece you right away if you were to fill them in: 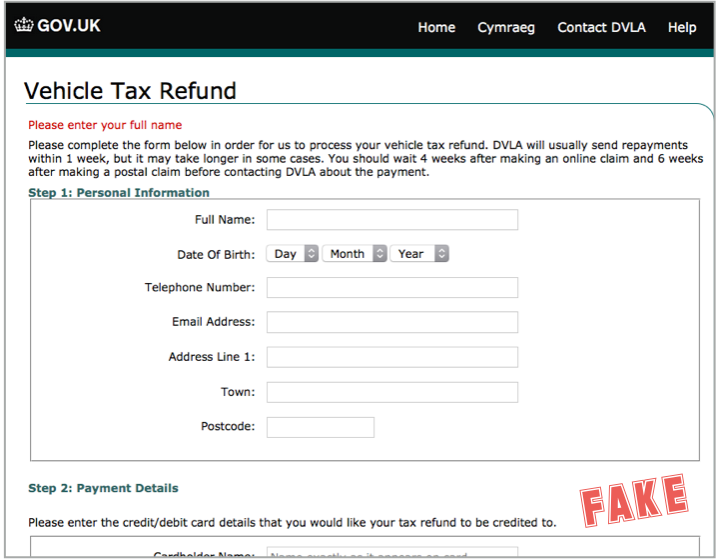 Find the official website yourself – for the DVLA, for instance, look it up on an official document you’ve received in the past – and go there of your own accord. (Here’s a free hint for the DVLA: it wouldn’t do any harm to print the DVLA’s official URL somewhere on every UK driving licence, making an excellent and official way to find it.)

For example, the DVLA issues refunds automatically in one of just two ways: by reversing a Direct Debit, if you have one set up; or by mailing a cheque to the address you have on record.

Having real reports and genuine complaints “from the wild” makes it possible for the regulator to take action against scammers who might otherwise get away with it. Some scams are on the grey edge of legality, and it’s community consensus that helps the regulators redefine the boundaries of acceptable text messaging behaviour.