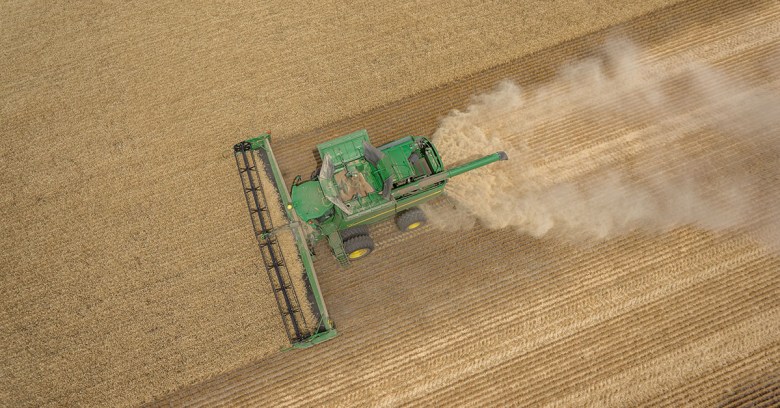 Farmers have historically spent a lot of time swearing at tractors, but at least they got to fit their own parts while they did it. Now, that’s all changing, according to a report over at Motherboard.

Owners of John Deere tractors have been severely restricted in how they repair their vehicles, thanks to the heavy use of software diagnostic tools, says the report. Instead of simply going to a local independent mechanic and having them replace a part, or simply doing it themselves, farmers must go to an authorized service mechanic or dealership. The tractors use diagnostic software that can only be unlocked by an authorized party to validate the repair work.

If you try and get cousin Bob to replace the transmission in a John Deere tractor independently with a third-party or aftermarket part, the tractor won’t work, say critics of this policy – even if the repair was mechanically sound. Unless Bob can authorize himself with the software, the repair will be, quite literally, a non-starter.

Your equipment is not your own

This idea of preventing users from tinkering with equipment that they own isn’t new. Back in 2011, Apple switched to “pentalobe” screws with non-standard designs to stop people opening its devices. Then, a year ago, it deliberately bricked iPhones that unauthorized technicians had serviced with new home buttons, citing security concerns around rogue Touch ID fingerprint readers as the cause.

Then there’s the printer cartridge racket. HP reportedly rolled out a firmware update for select printers a year ago that ordered the machines to reject any cartridges without an embedded “genuine HP” chip.  And Keurig forced users to buy another kind of black gold when it introduced tech that made customers buy its own K-cups. It only gave up the policy when enough people complained.

The manufacturers will all doubtless have good arguments about why they should control your equipment after you bought it. Tractors have to be safe. Hackers or poor service technicians could compromise or damage your phone. Third-party printer ink could damage your device. Other people make, um, bad coffee. It should be your choice, though, shouldn’t it?

The digital content industry has been pulling this kind of stunt for decades. In the early 1980s, toy company Galoob sold the Game Genie, a “game enhancer” device that enabled people to modify games for the Nintendo NES, adding extra lives and such. Nintendo tried suing Galoob, which would have in effect stopped customers from remixing games on their own devices. Not pirating them – just changing them. Nintendo lost. Tedium explains the story in more depth.

Then there was the time when Amazon killed books on the Kindle. As if relishing the irony, it wiped copies of 1984 and Animal Farm from customer Kindles, arguing that they shouldn’t have been published. It has subsequently wiped a customer’s Kindle clean with only a cursory explanation and no subsequent discussion.

This is the downside of everything-as-a-service. With the cloud, and the Internet of Things, we’ve become used to the idea that the devices we’re buying aren’t ours, as such, but rather portals for the delivery of other services and content.

Entire business models are built on this premise. Inkjet manufacturers frequently sell their devices for below what it costs to make them, so that they can capitalize on cartridge sales after the fact. Amazon lost money on the Kindle Fire, on purpose, because it needed to claw in market share, and because it was a conduit for online book, music and movie sales.

The downside of everything-as-a-service

This concept of constant connection and access to the latest services is shiny and new. It makes us feel as though we’re always ahead of the curve, at the forefront of tech. The downside is that it puts us entirely in the vendor’s control. If a company changes its terms and conditions, then you automatically have to comply, or risk a functional downgrade.

Perhaps you’re confident that your vendor’s responsibility is to you, rather than its shareholders, but that doesn’t stop it being purchased by another company with different values. Let’s not forget Google, focused on its own Nest IoT infrastructure, which purchased IoT hub company Revolv and summarily bricked the products that the company’s customers had paid for and installed in their homes.

In most cases, the law is on the vendor’s side. The Digital Millennium Copyright Act (DMCA) prevents people from circumnavigating security mechanisms, which would have made it illegal for people to develop a workaround for Revolv.

John Deere customers would seem to be exempt from this act, following an amendment to the DMCA issued by the Copyright Office in 2015 that allowed people to modify the software on cars, tractors, heavy equipment and 3D printers. The caveat is that the owner has to do it, meaning that cousin Bob still can’t fix that transmission on your John Deere. Unless you majored in software engineering with a minor in farming, neither can you.

One thing stands out here: by switching from a model of customer ownership to a model of customer permission, vendors are making it harder to repair or otherwise modify equipment. It’s a direct attack not only on maker culture, but on the “mend and make do” mentality that got us through the war years and beyond. It mandates built-in obsolescence, which is an environmental nightmare, because when a product reaches what the vendor deems end of life, there is no way for a customer to innovate and extend it.

There’s a group lobbying against all this – the Repair Association – which is helping right to repair legislation work its way through eight states in the US.

In the meantime farmers are hunting for off-market unofficial hacks that they hope will unlock the codes on John Deere vehicles and allow them to swap out parts quickly so that they can seed their fields.

How’s that for security?