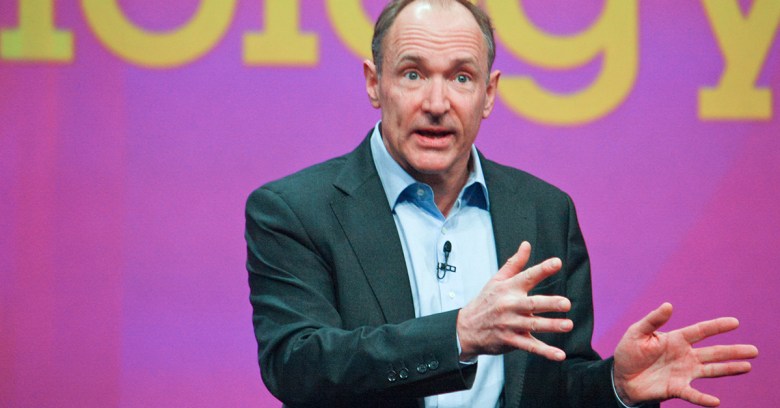 Sir Tim Berners-Lee (pictured), the inventor of the world wide web, hit out at the moves by the US administration that will allow ISPs to sell their customers’ data without their consent as he was awarded the Turing Award on Tuesday.

Sir Tim told the Guardian that the move is “disgusting” and “appalling”. He added, to the BBC, that he was worried about plans to erode net neutrality, saying: “If the FCC does move to reduce net neutrality, I will fight as hard as I can.”

Accepting the Turing Award, which is also known as “the Nobel Prize of computing”, Sir Tim also expressed concern about calls by politicians such as the UK’s Amber Rudd to create backdoors into encrypted messaging services. He said: “I know that if you’re trying to catch terrorists it’s really tempting to demand to be able to break all that encryption, but if you break that encryption, then guess what, so could other people and guess what: they may end up getting better at it than you are.”

Sir Tim’s comments came as President Donald Trump signed into law the measure that repealed the Obama administration’s rules that would have protected ISP customers by requiring ISPs to get their customers’ consent before sharing their personal data.

Complaints of drones ‘snooping’ up sharply

Just days after the UK’s aviation authorities revealed that two aircraft using London’s Heathrow airport had had uncomfortably close shaves with drones, police said that complaints about drones had risen sharply over the past two years, with some 10 incidents a day being reported last year – up from just 283 incidents for the whole of 2014.

The figures, revealed via a freedom of information request by the Press Association, show that people feared that their homes were being scoped for burglaries by the drones they were reporting. Reports also included allegations of neighbours snooping. Steve Barry of the National Police Chiefs’ Council told the Press Association that the rise in reports showed a rising “awareness of what drones are and what they can do”.

David H Dunn of Birmingham University added: “Previously, you had a hedge, you had a wall and you could do whatever you wanted in your garden without people disturbing you. That has changed because of drones.”

Are you male, fit, between the ages of 20 and 45, a non-smoker who has no allergies? Do you fancy the idea of being paid to stay in bed for two months and earn €16,000 for your trouble while at the same time helping advance scientific knowledge about the effects of long-duration spaceflight?

If so, you’re in luck: France’s Institut de Médecine et de Physiologie Spatiales in Toulouse is looking for 24 men to stay in bed so that scientists can study the effects of microgravity. The participants will spend 88 days on the program, of which 60 will be spent entirely in bed.

Dr Arnaud Beck of the Institut warned, however, that it’s not quite as cushy as it might seem, with the participants having to spend all their time in bed, with all washing, eating and bodily functions being carried out in bed. “The rule is to keep at least one shoulder in contact with the bed or its frame,” he added.

The experiment is to consider the detrimental effect of long periods of weightlessness on the body ahead of proposed long periods of manned spaceflight. If none of that puts you off, you can apply here.