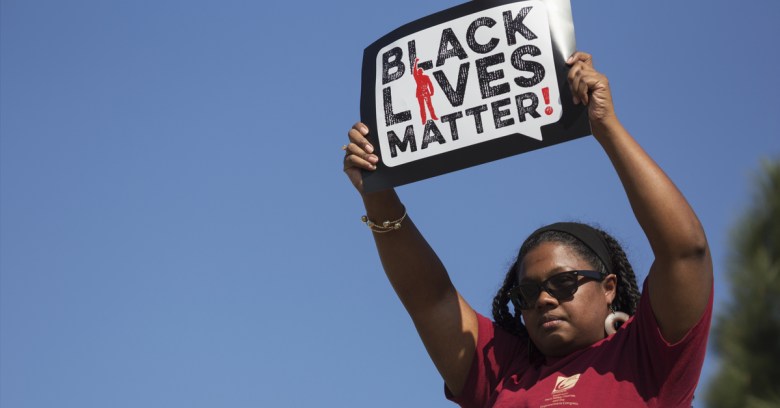 Here’s one thing that administrators of major dams know about their public utilities: they’re targets for terrorists.

When the violence-filled gangsta rap movie Straight Outta Compton was released two years ago, it was met by law enforcement already primed for violence in those beginning days of the Black Lives Matter protests. But as for the Bonneville Dam Administration, it turned to the Department of Homeland Security (DHS) to request that it please sniff out any threats.

So that’s what James Williams did: the (now former) researcher at the  Oregon TITAN Fusion Center Unit searched for any possible planned protests. Fusion centers, intelligence-gathering centers created after the 9/11 attacks by the Department of Justice (DOJ) and DHS, are set up to share tips with government agencies.

Researchers at these centers monitor groups known to be hostile to authority – say, the KKK, Skinheads, ELF, ALF, Hells Angels and Gypsy Jokers. At the behest of the Bonneville dam, Williams also searched on illegal activities that at the time were centered on two hashtags: “#BlackLivesMatter” and “#fuckthepolice”, scouring social media, the deep web and the dark web, to “identify and anticipate threats to people, places and brands”.

Williams’ searches did, in fact, ferret out what could be perceived as racist and anti-police postings: some depicting violence against police, some photos of police holding guns to the heads of children.

But one of those images in particular led straight back to the Justice Department. It also led to Williams getting fired. In fact, the post was tied to a Twitter profile of Erious Johnson, Jr., the ethics and civil rights attorney for the DOJ, where Williams found yet more potentially racist and anti-police postings.

What do you do when your job is to find offensive postings, and it leads you straight to the civil rights attorney of the DOJ? In Williams’s case, he asked for the opinion of a supervisor on whether the posted images were 1) offensive, and 2) appropriate for a DOJ employee to post.

So Williams did that. In October 2015, he reported the posts to a special agent in charge. A few weeks later, on November 10, he was put on paid administrative leave.

Then, after an investigation that ended in the suggestion that Williams receive further training but no disciplinary action, he was fired on August 16 2016.

The investigation had found that Williams showed a lack of internet savvy, Oregon Public Broadcasting reported in April 2016.

He was using a trial version of the software Digital Stakeout, which takes search terms and sorts them by the geographic location of the social media user. Williams searched “black lives matter” on Twitter because he believed that its supporters were threatening police. In fact, a few weeks before he ran his search, the DOJ had issued a bulletin to law enforcement agencies about #BlackLivesMatter.

When that search led him to Johnson’s tweets protesting police brutality – and to one featuring the logo of the rap group Public Enemy – Williams reportedly misinterpreted the posts as active threats against law enforcement.

Now, Williams is suing those in the DOJ chain of command who concurred with him over the #BlackLivesMatter tweets and told him to report them. In his lawsuit (PDF), filed last Tuesday, Williams is claiming damages including mental anguish and distress, humiliation, loss of public esteem, respect, good will, and loss of reputation in the community. Also among his claims are unlawful employment practices due to his “whistleblowing”.

But was it whistleblowing? This is no straightforward case of official retaliation against a whistleblower. In fact, in April 2016, Johnson himself filed a racial discrimination and hostile workplace complaint about the hashtag searches with Oregon’s Bureau of Labor and Industries. The complaint was against his employer, the Oregon attorney-general. And in that complaint (PDF), Johnson didn’t deny tweeting with the #BlackLivesMatter hashtag.

But he did deny that doing so broke any tenet of his employer’s social media policy. From Johnson’s complaint:

Coworkers, and agents of my employer, designated me a ‘threat’ to public safety based on a racially motivated ‘threat assessment’ for my use of the Twitter hashtag #BlackLivesMatter.

In October 2016, Johnson also followed up with a lawsuit (PDF) alleging that the Oregon Department of Justice violated his constitutional rights for targeting political speech. He’s demanding damages and payment of his legal bills.

In the suit, Johnson, who is African American, named Williams, the investigator whose hashtag search led to his #BlackLivesMatter tweets.

Johnson also named the other links in the chain of command that resulted in the download of his entire Twitter account and all of his posts and photos: Oregon attorney-general Ellen Rosenblum (also named in Williams’s suit), Oregon deputy attorney-general Frederick Boss (ditto for Williams’s suit), Oregon DOJ chief counsel Darin Tweedt, and Oregon DOJ special agent David Kirby. All of those in the chain of command are Caucasian.

This story shows that there’s nothing simple about the small collection of characters that make up hashtags. They can easily be misconstrued, filtered as they are through our own cultural lenses. The resulting collateral damage can be profound and career-damaging.