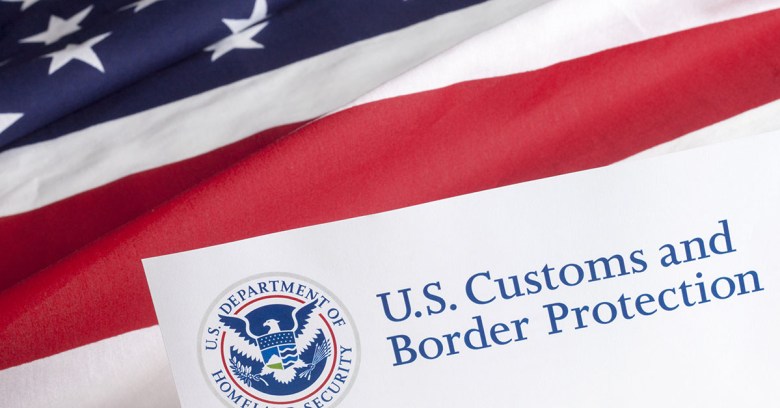 Hello, travelers, and welcome – more or less, depending on where you’re coming from and whether the border guards believe you – to the US.

Have you kept up with what our border agents are going to require of you? Not exactly sure what’s entailed in this “extreme vetting” that President Donald Trump has been promising to put you through?

Neither are we, but details are beginning to emerge. The newest is that the administration is thinking about demanding your phones.

The Wall Street Journal reports that the Trump administration is considering requiring the disclosure of the following from foreigners entering the US:

The emphasis is on “considering”. These are not yet requirements.

The WSJ quoted one source – reportedly a counselor to Homeland Security secretary John Kelly – who said that the rationale is to prove beyond a shadow of a doubt that foreigners are coming into the US for “legitimate” reasons:

If there is any doubt about a person’s intentions coming to the United States, they should have to overcome – really and truly prove to our satisfaction – that they are coming for legitimate reasons.

This could go well beyond the majority Muslim countries the administration has already singled out in its travel bans: the WSJ’s sources said that alterations to the visa process could affect even those coming from traditionally staunch allies, such as France and Germany.

The potential new extreme vetting measures could affect even the 38 countries that are now part of the US Visa Waiver Program. That program allows citizens of specific countries – ones with healthy economies that are generally considered to be “developed”- to travel to the US for tourism, business, or while in transit for up to 90 days without having to obtain a visa.

It’s not routine for border agents to demand phones, but it happens. Sometimes, it even happens to natural-born US citizens. In February, NASA engineer Sidd Bikkannavar was forced to hand over and unlock his (NASA-issued and NASA-owned) work phone.

You might wonder how that could be constitutional, given that US courts are divided on whether police can demand passcodes without violating Fourth Amendment protection against unreasonable search and seizure.

But those are questions for the courts, and there are no courts in airports. Border crossings operate under different rules than the rest of the country. In the US, it’s commonly said that borders are a “Constitution-free zone”.

That’s not strictly true, as the ACLU notes. But search rules certainly are different than outside of these ports of entry. From the ACLU:

At border crossings (also called “ports of entry”), federal authorities do not need a warrant or even suspicion of wrongdoing to justify conducting what courts have called a routine search, such as searching luggage or a vehicle.

According to the WSJ, the new extreme vetting rules could potentially force visitors to hand over their phones so that agents can check their contacts. Alternatively, visitors might be required to hand over passwords for online accounts so agents can scrutinize both public and private interactions.

Demanding social media account passcodes has already survived court blocks on Trump’s travel bans. Last month, Reuters reported that US secretary of state Rex Tillerson sent a flurry of diplomatic cables to American diplomatic missions, putting out edicts and then dialing them back as the courts ruled against the bans.

But he didn’t dial back a “mandatory social media check” for any visa applicants who’ve ever visited territory controlled by the Islamic State (IS).

A senior official reportedly said that the administration wants to “figure out who you are communicating with”.

In February, Kelly told a House Homeland Security Committee hearing that the administration would like to prohibit entry to those who decline to unlock their online lives:

We want to say, for instance, ‘What sites do you visit? And give us your passwords,’ so that we can see what they do on the internet. If they don’t want to give us that information then they don’t come.

As far as ideology goes, the administration is reportedly analyzing asking questions such as whether visitors support honor killings and whether they regard the “sanctity of human life”.

The current state of travel affairs

When it comes to travel right now, it’s hard enough for US citizens to keep track of what’s been proposed, what’s in the works, and what’s been blocked by the courts. It’s undoubtedly even tougher if you’re outside the US.

So here’s a summary:

Returning to the potential extreme vetting measures: in the past, we’ve asked readers for suggestions on what to do to ensure that their privacy, the privacy of their contacts, and their sensitive business information, is secure when traveling to the US.

Refusing to hand over passwords might seem like a sound option, but the Customers and Border Patrol threatens seizure and detention to those who don’t comply.

It should come as no surprise that in the wake of the revelations, there are those who say that all of this is moot as far as they’re concerned, given how little appeal there is in traveling to the States in these times:

@JoyAnnReid Hate to say it, but it’s this kind of thing that is going to lead so many of us non-Americans to avoid US travel for work/family