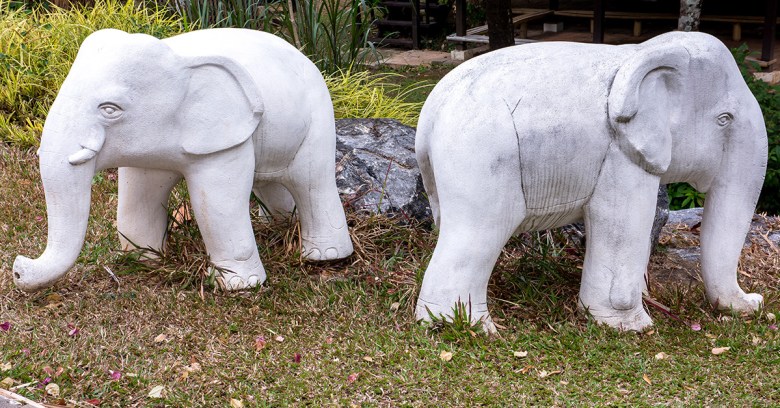 Another month, another fledgling social network. Every so often, another service emerges as an alternative to “big social”, the large social networks like Facebook and Twitter that slurp up hundreds of millions of users. This month, it’s Mastodon, an alternative to Twitter but with strong privacy and non-profit principles. All the cool kids are using the service, we’re told.

They’re drawn by several things. The web’s typical short attention span is one reason – there’s always a new, cool tool to try. Another is dissatisfaction with Twitter, which has been stagnating of late, and which recently revamped elements of its user interface, inciting its users’ wrath.

Another reason focuses on control of your content. When you post on Twitter or Facebook, you are giving others more data about yourself, and becoming the product that the service offers up to advertisers. Facebook makes nearly $20 per user per year in the US.

As corporate-owned networks , big social services call the shots: they can decide what is posted and what isn’t. They can also decide what you see, and use those algorithms to control you. You have very little comeback if you don’t like any of that.

The developers of these more privacy-conscious social networks want to give that power back to the people.

Rather than storing all user information and data centrally, Mastodon works by letting people host their own instances of the service on their own servers. The idea is that federated instances of the service will appeal to special interest groups and cliques of users, while also spreading the hosting burden. However, those instances can also make their data searchable by others, meaning that your friend on one instance can theoretically find you on another.

Privacy is a top concern at Mastodon, as is the ability to shield content from other users voluntarily. Posters can make selected updates private, and can also tack parts of their posts with content warnings, automatically hiding it until a user explicitly chooses to read it.

Other attempts at alternative social networks

Mastodon isn’t the first project to try and disrupt big social. An alternative, launched in March 2014, is Ello. It was founded on principles of never selling user data or showing ads, but it is a centralized service, and has taken venture funding, drawing criticism from advocates for privacy in social networking. Ello’s manifesto attempts to preserve its position as a Public Benefit Company (PBC) and make any commercial exits evil-proof.

Mastodon is more like Diaspora, launched in 2010, which also uses decentralized federation and open source to retain independence for participants. It’s difficult to measure the number of users in a federated network, when individual servers (Diaspora calls them “pods”) can choose whether to reveal their statistics. At writing time, a list of all reporting pods showed 667,433 users.

Further along the decentralization spectrum, others have based their technologies on the blockchain. One of these is Synereo, a content distribution platform that wants to use blockchain technology to remove any centralized control at all. However, the project is still based on centralized systems for now.

Meanwhile, Ethereum-based censorship-free social network Akasha is currently in alpha. It uses the Interplanetary File System, a blockchain-based peer-to-peer file storage network, as the basis for its data storage platform.

There are many other alternative networks. Here are a few more.

These systems’ efforts are laudable, but how likely are they to succeed? They each face similar challenges in driving user adoption. One of the first is ease of use.

Most users simply aren’t that tech-savvy, and any extra steps in signing up to a service form a cognitive speed bump. People sign up for Facebook because it’s easy. Having to peruse a range of different federated servers without a clear understanding of what choice to make and why will turn off large numbers of people.

The other reason the people sign up for Facebook is because all their friends are on it. Critical mass is a powerful force in social networks. Metcalfe’s law suggests that the value of a network is proportional to the square of the number of its users.

Analyses since then have questioned that law, arguing that there are nuances, such as the quality of those users, that will affect the overall value. Consider also the pace of technical innovation on a network’s underlying service. Twitter’s user count has largely plateaued.

Big social is a digital version of the roach motel – once you’ve checked in, you never check out. So the pull of another network – or the force repelling you from big social – has to be strong. Privacy is generally the go-to ideological reason for leaving incumbent networks to try something new. But is it enough?

If you’re reading this website, the chances are that you are security- and privacy-conscious. You understand the issues. But you are a minority group. Large numbers of your Facebook friends either aren’t aware of what information big social is sharing about them, or simply don’t care enough to invest the necessary time in exploring a new social networking platform.

It might not be so bad if this new gaggle of social networks spoke to each other, but interoperability is a weak spot. Diaspora includes connections to big social sites, and apps are being built that link Mastodon to Twitter, but it’s all still a work in progress, and users must put in the effort to set these things up.

There are de facto standards already that could help these sites connect and become more than the sum of their parts. Mastodon supports 0Status, an open standard for distributed status updates, which is in effect the communication protocol that enables different federated servers to talk to each other.

Mastodon also kind of supports GNU Social, a federation standard for social networks that enable different instances (servers) to communicate with each other. Mastodon describes itself as compatible with GNU Social for server-server communications, but “client apps that were made for specifically GNU social will not work with Mastodon”.

To really threaten mainstream big social sites, alternative social networks need both sides of this interoperability equation: server-server, and server-client interoperability. The latter would enable a single social networking app to support multiple back-end decentralized networks. That would drive user adoption, especially if such clients were a) shiny and b) available on Android and iOS, from which social networks are most accessed.

You could give Mastodon a try, or any of the many others on offer. Or, if you want to be as unplugged as possible while remaining connected, you could always try Scuttlebutt. Created by a developer who lives on a sailboat in New Zealand, it’s a protocol that mimics word of mouth, gossip-based structures, sharing messages between users that are friends with each other whenever they are connected on the same network. There are federated servers, known as “Pubs” that act as hubs to exchange information more widely, but the network would survive in an ad hoc fashion without them. As an exercise in information dissemination theory, it’s a fascinating idea.

Or you could just fire up your go-to big social network again and re-view the same Trump video or self-indulgent inspirational meme that everyone’s posting this week. Then, you can calculate how much the network is making from manipulating you. If it makes you feel better, you can always be a rebel and tweet about it.

One comment on “Mastodon: new beast to challenge Big Social, or another white elephant?”