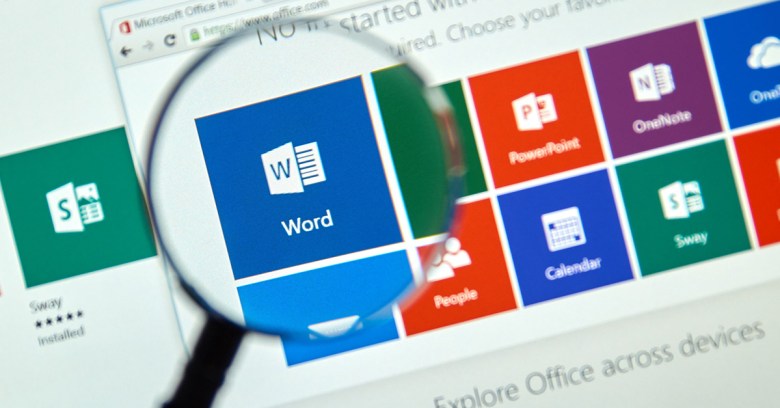 Attackers are using a previously undisclosed security hole in Microsoft Word to install a variety of malware on victims’ computers. Microsoft knows about the zero-day and is expected to patch it later today. As we await that security update, here’s a review of the bug and the available defenses.

In its investigation, SophosLabs determined that exploits against this vulnerability have been happening for some time. SophosLabs principal researcher Gábor Szappanos said:

This vulnerability has been used for months in targeted attacks. Most of the activity went on in March-April 2017, but the first sample we could locate dates back to November 2016.

What we know so far

The vulnerability is triggered by opening a document that provokes a benign-looking download warning, followed by a download from a booby-trapped server that sends a document of a more dangerous sort.

It’s a bit like wearing overalls to get into a fancy dinner party venue by blagging your way in the front door as the plumber come to do a quick check for a possible leak in the Gents. Once inside, you strip off to the dinner jacket you’re wearing under the overalls, so you now pass muster as a dinner guest, with everyone assuming you showed your invitation at the door already. Dressed up properly in the DJ wouldn’t have got you in through the lobby at the start, because of no invitation, and the overalls wouldn’t have got you into the dining room, because of violating the dress code. So you wear the right clothes at the right moment and subvert both places where you would otherwise get spotted.

As mentioned, Microsoft will release a patch for the vulnerability. Meantime, Sophos detects the first stage RTF downloader used in these exploits as Troj/DocDrop-TJ, and the second stage HTA code as Troj/DocDrop-SU. Sophos customers are protected.

Additional advice, for this threat and many others, include the following: