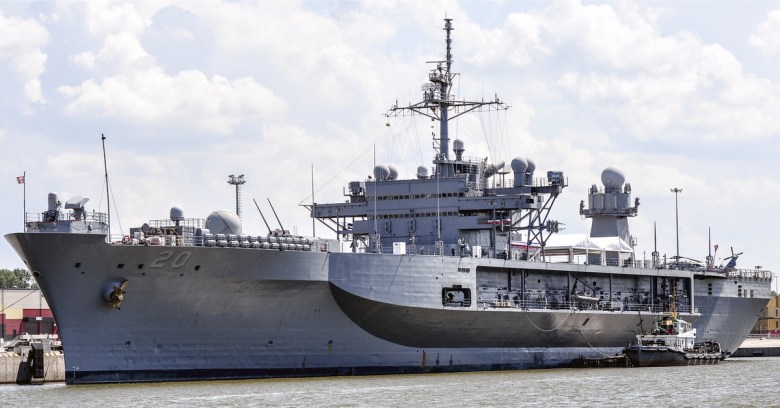 It’s now illegal for those serving in the United States Navy and Marines Corps to post nude images of service members without their having consented to the disclosure.

Navy Times reported that the regulation was made public Tuesday in an all-Navy message.

Well, good luck getting that to stick, said Brian Bouffard, a former Navy JAG (Judge Advocate General) and now private defense attorney. Talking to Navy Times, Bouffard pointed out that, for example, the “reckless disregard” language is going to be tough to prove in court, given that you can be punished if you just don’t care that someone might be “humiliated, harmed, intimidated, threatened, or coerced”.

But if somebody posts an intimate photo of somebody they don’t know, how in the world will they know that it will harm the subject?

If you don’t know a person, how could you know that about them? Ultimately, prosecuting these types of cases will probably require a witness to testify that they were either humiliated or harmed, etc., for the government to make an effective case.

Why does this need a decree unto itself? It’s apparently already illegal, under the Uniform Code of Military Justice (UCMJ), under “conduct unbecoming an officer and a gentleman.” (“Officer” refers to service members of both sexes.)

Outside of the courtroom and new laws, how do organizations, be they public or private, actually get their people to stop surreptitiously taking and swapping nude photos?

After all, this issue certainly isn’t confined to the Marines and Navy. Among Edward Snowden’s many revelations about the National Security Agency was that employees routinely passed around nude photos they obtained via mass surveillance.

In October, there were allegations about Apple employees stealing lewd photos from customers’ broken phones. Four employees in Brisbane were suspected of also covertly photographing colleagues and customers in the store, allegedly using group messages to rate them on a scale of 1-10 (charges that Apple denied). Hell, if you think back to the Facebook history we’ve learned, rating college women was the very bedrock upon which the ever-burgeoning, utterly ubiquitous social network was founded.

Did the Apple employees really do what they were suspected of doing? Apple says no, but given the plethora of escapades employees get up to on social media, it certainly wouldn’t be surprising if they did.

Back to the new Marine/Navy regulation: a Slashdot commenter, Fire_Wraith, made a cogent point about all this. Namely, part of what it means to be in the military – or, by extension, an employee of a business – is that you’re expected to look out for your buddies, “whether male or female.”… (you’re also expected to look out for customers’ well-being, which would preclude ingredients taking side trips to body cavities).

You’re supposed to be able to count on them to have your back, and you theirs. The military is expected to act as groups, not as a gaggle of individuals, and spends lots of time training to do exactly that…

… this kind of conduct is utterly toxic for any sort of unit, and I’m not in the least surprised that they’re cracking down on it.

Readers, what does your organization do to oversee employees’ social media activities? Does it have a clear policy in place regarding what’s acceptable/unacceptable? Does it actively monitor Facebook or Twitter, et al., for illegal content?

Please do let us know how you handle these issues in the comment section below.