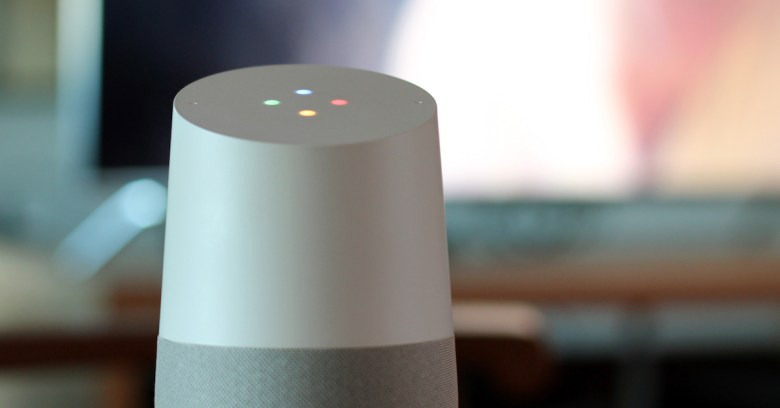 As part of its latest update, Google has rolled out multiple user support for Home.

Home’s in-built assistant can now learn the voices of up to six people, although not whilst they’re talking at once, thanks to neural network learning.

When you connect your account on a Google Home, we ask you to say the phrases “Ok Google” and “Hey Google” two times each. Those phrases are then analyzed by a neural network, which can detect certain characteristics of a person’s voice. From that point on, any time you say “Ok Google” or “Hey Google” to your Google Home, the neural network will compare the sound of your voice to its previous analysis so it can understand if it’s you speaking or not. This comparison takes place only on your device, in a matter of milliseconds.

The Wall Street Journal is reporting that South Korean missile defences are being targeted by hackers linked to China’s military and intelligence agencies. China’s Ministry of Defense maintains that it “has never supported any hacking activity.”

24/7 threat hunting, detection, and response delivered by an expert team as a fully-managed service.
Learn More
The country has apparently seen a “rise in the number and intensity of attacks” since it announced it was deploying the USA’s THAAD (Terminal High-Altitude Area Defense) system.

China is thought to oppose the deployment of THAAD because its radar is capable of seeing into Chinese territory from South Korea.

Computer design trailblazer Harry Huskey died on 9 April 2017 at his home in California.

Aged 101, Dr Huskey was one of the last surviving members of the team at the University of Pennsylvania that created the pioneering Electronic Numerical Integrator and Computer (ENIAC) in the 1940s. ENIAC, which was 30 metres long and weighed 27 tonnes, is considered to be the world’s first general-purpose electronic digital computer.

Dr Huskey went on to work with mathematician Alan Turing on his prototype of the Automatic Computing Engine (Ace) in 1947 and later helped to set up computer science departments in universities around the world.