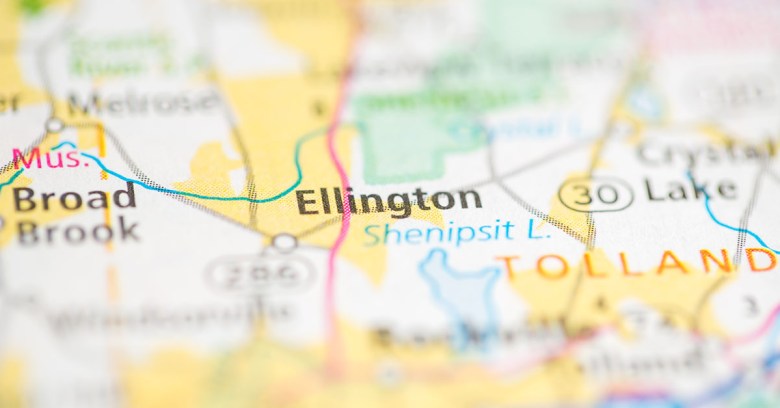 A murdered woman’s Fitbit data indicates her husband may have lied about her being shot to death by a masked intruder who, he’d claimed, had zip-tied him to a chair and calmly cut him up… without leaving any scent anywhere in or around the house that a police dog could sniff out.

According to court documents, the woman, Connie Dabate, was shot dead in her Ellington, Connecticut home on December 23 2015. The weapon used to murder her was a .357 Magnum that her husband, Richard, had bought months earlier.

As the warrant affidavit describes, an emergency worker who responded to a call at the couple’s house arrived to find Richard Dabate on the floor of his kitchen, one leg and one wrist zip-tied to a folding chair, with another zip tie around his neck. He said that the supposed intruder was still in the house. Dabate was bleeding from shallow, parallel lacerations.

Dabate’s story went like this: in the morning, his wife went to the gym for a spin class. He got in his car to drive to work. But before he got there, he realized he’d forgotten his laptop. He was also alerted by his home alarm.

When he returned home, Dabate said, he found that a door was ajar. He went into the house and heard noise coming from the second floor, but he figured it was the cats. He alleges that when he went upstairs to investigate, he wound up struggling with a masked intruder – a husky, 6’2″ brute in a camouflage outfit and mask. Dabate alleges that his wife came home during the struggle. He yelled at her to get out of the house, he said, but the attacker tumbled down the stairs into the basement, where Connie had his gun. He heard a shot go off, and he was paralyzed by the noise.

Richard Dabate’s story also included his using a blowtorch to set the intruder’s mask on fire, crawling up the stairs from the basement (still tied to the chair), pressing a panic button on his alarm, and then hurling himself to the stovetop to get his phone and call 911, the emergency number.

Connie’s Fitbit disagrees with his timelines.

Detectives conducted a months-long investigation that found that Richard Dabate had tried to cash in Connie’s $475,000 life insurance police five days after the shooting (his request was denied), that he’d withdrawn more than $90,000 from Connie’s investment account days after her murder; that he’d gotten his girlfriend pregnant and told her that he was planning to divorce Connie (with whom he had two sons); that his wife apparently had no clue about the pregnancy; and that the couple had fought about finances.

The investigation pulled in an array of digital evidence, much of which undercut Dabate’s story, including records from the alarm company that didn’t back up his claim of receiving a home security alert while he was driving to work.

State police got search warrants for the Dabates’ cellphone records, computer records for Richard Dabate’s laptop, Facebook records for both of them plus the pregnant girlfriend, text messages, and Fitbit records for Connie Dabate.

According to the warrant, the digital evidence they found included a December 2014 entry in the “Notes” section of Connie Dabate’s phone, titled “Why I want a divorce”. Items on that list included claims that Richard Dabate took money “from a lot of accounts that don’t belong to him,” is an unfit parent, is uncaring, doesn’t come home on time and “acts like a kid constantly”.

He’d also taken out a credit card without his wife’s knowledge and used it to pay for flowers for his girlfriend, as well as charging more than $1,200 at a strip club and stays at a nearby motel.

And then there was the Fitbit data trail.

According to her fitness tracker – which she’d been wearing because she’d planned to go to a YMCA fitness class that morning – Connie’s last movements inside the Dabate’s home were at 10:05. That’s nearly an hour after her husband told detectives that she’d been shot by a masked intruder.

The Hartford Courant talked to Lancaster, Pa., district attorney Craig Stedman about the use of health tracker data in criminal investigations. “To say it’s rare to use Fitbit records would be safe,” he told the newspaper. However, he added that the Fitbit

…is an electronic footprint that tracks your movements. It is a great tool for investigators to use. We can also get the information much faster than some other types of evidence such as DNA tests.

And while it’s rare to use personal health device data in criminal investigations, we’ve seen it before. In September 2016, pacemaker data helped to indict an alleged arsonist.

According to court documents, a cardiologist who reviewed the pacemaker’s data determined that it was

…highly improbable [alleged arsonist Ross] Compton would have been able to collect, pack and remove the number of items from the house, exit his bedroom window and carry numerous large and heavy items to the front of his residence during the short period of time he has indicated due to his medical conditions.

We’ve also seen Arkansas police trying to get Amazon to help them get data from an Amazon Echo they found at a murder scene after a man was strangled in a hot tub.

Besides prosecutors and local police, the government is also quite interested in the information they can gather from connected medical devices… and appliances… and toys… and, well, any and all data that can be monitored and collected courtesy of the IoT.

Richard Dabate is out on bail. The New York Post reports that his next court date is set for Friday and that he’s been charged with felony murder, tampering with evidence, and providing a false statement.