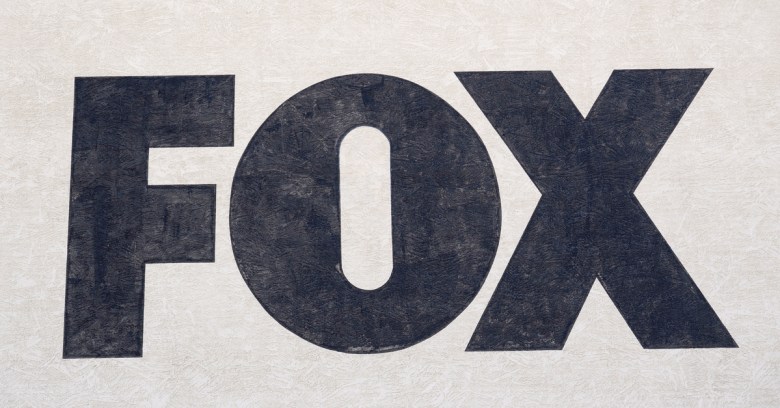 Lawyers for former Fox News host Andrea Tantaros are alleging that after she was fired over a sexual harassment complaint against Fox execs and filed a lawsuit, they planted a keylogger on her computer, eavesdropped on private phone conversations and tormented her with sockpuppets who referenced specific personal material: a friend’s scorpion sting, a family trip to Disney, her brother’s death, and more.

In this most recent lawsuit, Tantaros’s lawyers point to the cyber-harassment, which continued after Roger Ailes resigned as Fox News chairman in July, as proof of a that still-thriving culture of misogyny.

Tantaros told ABC News Good Morning America in October that she wanted to force cultural change at a “sex-fueled, Playboy Mansion-like cult” under his tenure. The court had ordered the earlier sexual harassment case into mediation.

[T]he Defendants in this case subjected Ms. Tantaros to illegal electronic surveillance and computer hacking, and used that information (including, on information and belief, privileged attorney-client communications) to intimidate, terrorize, and crush her career through an endless stream of lewd, offensive, and career-damaging social media posts, blog entries and commentary, and high-profile “fake” media sites which Fox News (or its social influence contractors) owned or controlled.

These accounts and sites were made to appear as held by independent persons or neutral media entities (“sockpuppet accounts”). While the use of professional social influencers and fake stories, accounts and posts has been part of Fox News’s stock and and trade for years, the use of illegal electronic surveillance and computer hacking has taken the company’s conduct to a profoundly disturbing next level.

A sockpuppet is a fake online identity created to promote marketing fluff pieces, to defend or attack a person or organization, to get around an online ban or suspension, or, as Tantaros’ lawyers allege, to torture her with reminders that she’s being spied on.

Her lawyers say that after Tantaros refused the buyout, there ensued a “constant stream of social media posts from multiple sockpuppet accounts designed to make it clear to Ms. Tantaros that she was being illegally surveilled”.

The suit catalogs and provides exhibits of such sockpuppet posts, allegedly put up by an “army” of independent contractors who carried out Fox News execs’ instructions on targeting perceived enemies through sockpuppet accounts, fake websites and trolling.

The alleged cyberstalking was carried out by a company called Disruptor, one of the defendants in the suit. Disruptor is run by Peter Snyder – also named in the suit – who for years ran a similar company called New Media Strategies. That ealier company managed social media campaigns by using fake websites and social media. It also ran what’s been described as “leering blogs promoting female Fox personalities”.

As the lawsuit describes, on April 25, Tantaros learned she’d been taken off the air by Fox News. Then, messages started getting wiped from her Blackberry.

She put it in a Faraday bag to block any further remote manipulation. But a subsequent forensic investigation of her laptop allegedly showed evidence of “unique surveillance viruses that are not found in any mass malware”.

According to the lawsuit, Tantaros believed that somebody working for Fox News was responsible for “hacking Ms. Tantaros’ computer so she could be spied on”.

We don’t have details about the spyware. The results of the forensic investigation weren’t included in the exhibits attached to the copy of Tantaros’s complaint. Ars Technica contacted Tantaros’s lawyer for more information on the allegedly discovered spyware, but that information wasn’t forthcoming.

Much of the material posted to the alleged sockpuppet accounts was subsequently deleted. The complaint’s exhibits carry screenshots taken of some of the cyber-baiting material, though, and purport to show that the people behind the sockpuppet accounts had access to material that appears to have come from eavesdropping.

One example: in early June, one of Tantaros’s close friends was hospitalized after a scorpion sting. She had multiple calls with her friend and others about the incident. Then, “out of the blue,” one of the sockpuppet accounts tweeted an advertisement for a 1957 movie titled “Black Scorpion“.

Around the same time, Tantaros was talking to her brother’s children while they were at DisneyLand. At what her lawyers describe as “the very same time,” a sockpuppet account tweeted out an image of “two children being hugged by Micky Mouse with the message: “Mickey Mouse and ‘new friends’…”

Ars found that some of the accounts that had been stalking Tantaros are still live, though the tweets mentioning her – and personal data such as the anniversary of a brother’s death – have been removed. Ars has posted a slideshow of some of those deleted tweets.

Other sockpuppet accounts have since been deleted. The complaint lists a number of them that all used the same stock photo of a model. One of those posted to one of Tantaros’s male friends:

are you still dating @AndreaTantaros? If not DM me! Just a quickie Q.

Tantaros’s lawsuit also claims that Fox News used a Twitter account and WordPress blog called The Cable Game to spread a false story about why she was fired: for writing a book titled Tied Up in Knots: How Getting What We Wanted Made Women Miserable without first getting Fox’s clearance.

The Cable Game doesn’t contain the musings of some random blog, the suit claims. It alleges that the author is Jim Pinkerton, whom the lawsuit says is one of the Ailes operatives who conducted surveillance campaigns out of Fox News’s “Black Room”: an operation Ailes reportedly established around 2011 to conduct PR and surveillance campaigns against people he targeted, both inside and outside the company.

Yet, The Cable Gamer’s Twitter profile shows a picture of the actress Lori Singer accompanied by the following statement: “I’m not a former cable news insider. I didn’t spend nearly a decade at a US cable news network. I was never a highly placed source quoted in leaks to the press.”