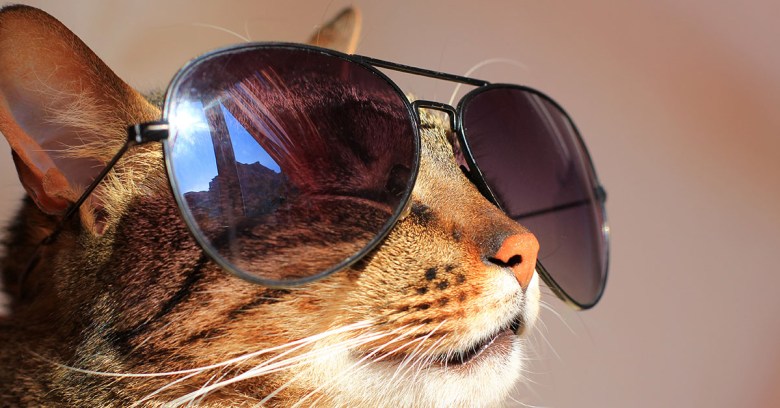 If you’re no fan of advertisements popping up on your device, you’ll want to avoid two apps in Google Play: Full Optimizer and Full Optimizer Lite. They deliver adware and don’t really do the things the developer claims.

They are from the same developer and have the same behavior. Com.fast.fulloptimizer is quite popular, with between 100,000 and 500,000 downloads so far.

If you go in Google Play, the apps look like this: 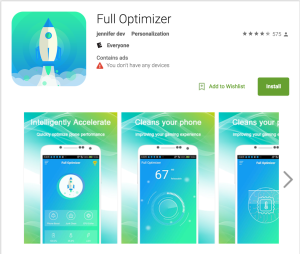 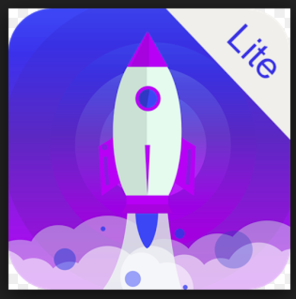 The app claims to provide two functions: Phone Boost, which is said to clean up unused space, and CPU Cooler. Both functions are fake. The Phone Boost function simply loops 72 times and adds up a random number between 1-5 on each loop:

After this, the user gets a message claiming they have between 72MB and 360MB free: 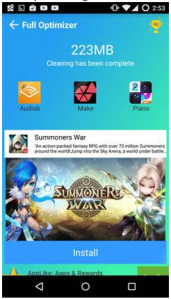 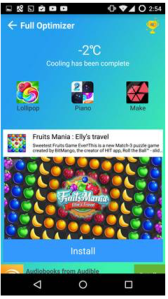 Its only function is to deliver ads aggressively. It includes multiple advertisement libraries and shows ads every time the screen is turned on: 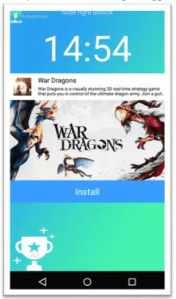 As stated above, Sophos detects this adware as Andr/FakeApp-BH. Sophos customers are protected.

Non-Sophos customers should keep a close eye out for these apps and avoid them. Unless, of course, they want advertisements.

Malicious and unwanted apps continue to be a fact of life – and they demonstrate the need to use an Android anti-virus such as our free Sophos Mobile Security for Android.

Read more about our research into the top 10 Android malware here.

4 comments on “Want to get your Android phone purring? Don’t install Full Optimizer”