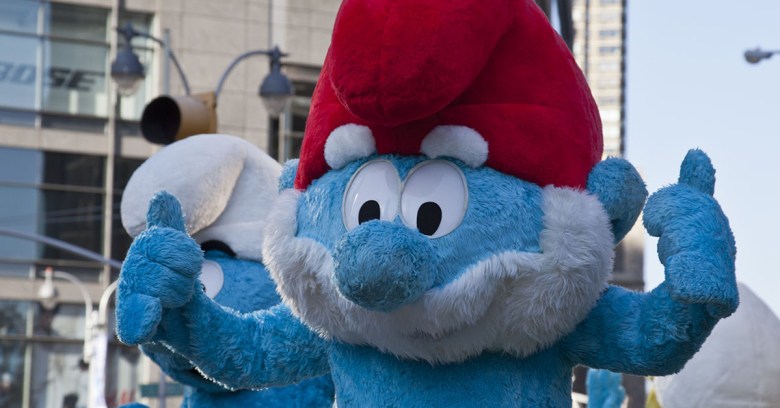 Encrypted copy protection on UHD Blu-rays have apparently been cracked for the first time and the content has appeared online – but don’t get too excited, as the disc that’s been cracked isn’t a hot Hollywood blockbuster. It’s The Smurfs 2.

UHD Blu-rays are protected by AACS 2.0 encryption, which was developed and is used by IBM, Intel, Microsoft, Panasonic, Sony, Toshiba, Walt Disney and Warner Bros to protect their content, and has generally been described as impossible  to crack.

Does this mean the torrent sites will soon be packed with ultra high-definition content? Not so fast: apparently the file size on the cracked version of The Smurfs 2.0 is a meaty 53GB, and the version of the film you get if you go poking about those dodgy corners of the web has some issues, including problems with the colour. Oh, and if you do go looking for it – which of course we wouldn’t recommend – there are very few seeders, so it would take a long time to download.

There’s no documentation of how the encryption was broken, so we’d also advise holding fire before accepting the claim that it has indeed been cracked.

WhatsApp’s billion-plus users couldn’t use the encrypted messaging platform for several hours on Wednesday, with the peak of the problems hitting between 20:00GMT and 22:00GMT yesterday, according to data from service-monitoring websites including outage.report.

Users reported that they couldn’t send or receive messages as WhatsApp, which is owned by Facebook, scrambled to fix the problem.

There was some speculation that the outage was due to a cyberattack, but by Thursday afternoon no evidence had surfaced to confirm that. WhatsApp itself didn’t have anything to say about the cause of the outage, confining itself to apologising, but Dave Anderson at Dynatrace told the BBC he reckoned the outage was down to an update that went wrong.

Said Anderson: “WhatsApp send a new version of the app to the stores every few days and they’re likely to be pushing code changes every hour to get ready for that. It only takes one line of code and the app will fail.”

Hard on the heels of what seemed to be an extensive phishing attack masquerading as a Google Doc, Google has pushed out a new security feature for Gmail that aims to protect Android users from clicking on dodgy links designed to steal your details.

Writing on the G Suite Updates blog, Google explained that the feature will roll out shortly in the Android email app.

Once it’s arrived, if you click on a suspicious link, you’ll be shown a warning saying: “The site you are trying to visit has been identified as a forgery, intended to trick you into disclosing financial, personal or other sensitive information”.

Of course, you shouldn’t drop your guard and expect a warning to keep you safe: you’ll have to remain vigilant and keep an eye out for those dodgy emails. Here’s just one of our guides on how to keep yourself safe from the phishermen (and women).