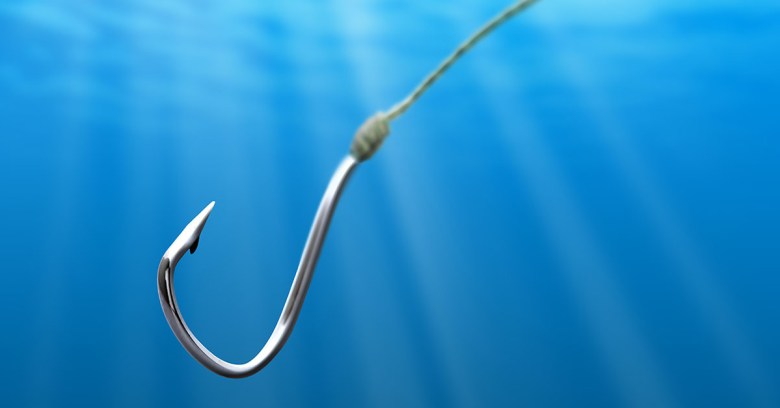 Since news began circulating last night of a phishing campaign parading around as Google Doc access links, the tale has taken strange twists and turns.

A self-described graduate student claims he was behind the blast of emails, and that they were part of a test for a school project, not a phishing attack. But according to the university he claims to be enrolled at, he’s not a student there.

First and foremost, this is an abuse of Google’s APIs. While at first glance it appears to be a phishing attack, the emails come from Google and you are logging into the real Google.

Last night, news and social media sites were ablaze with word of a new phishing campaign using fake Google Doc sharing emails to lure its prey, arriving in messages like this:

Those clicking the link got a Google login and permissions page asking that they grant the fake Docs app the ability to “read, send, delete and manage your email” as well as manage your contacts: 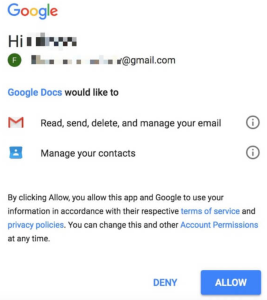 Rather than coming from the real Google Docs, this came from a bogus app called “Google Docs.”

Later, someone calling himself Eugene Pupov took to Twitter claiming he sent the emails to test a program created for a graduate final. It was in no way designed as a phishing attack, he said: 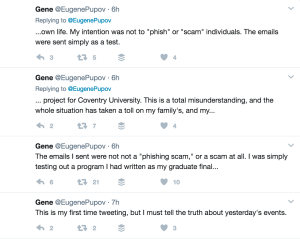 At the time of writing, Pupov hadn’t returned messages seeking comment (if he responds, we’ll update this article). But his tweets expressed despair over the state of affairs. This story was carried by news outlets large and small, with ominous headlines about phishing attacks disguised as Google Doc access emails.

Google itself confirmed it was investigating phishing attempts last night:

Twitter was full of messages from people who received such messages. On the surface, it appears folks realized quickly that something wasn’t right with these links: 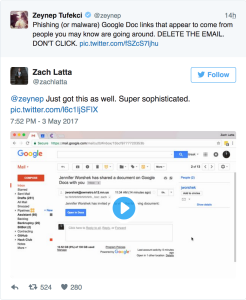 Google acted quickly, announcing steps users could take if they had indeed clicked on the link: 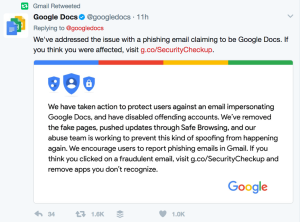 Attacks on systems that are open for anyone to sign up as a developer using OAuth have been vulnerable to this type of attack for a long time, and the onus is on Google to do a better job vetting application developers. This is no different than the abuse of the Google Play store by malware authors. There is very little individuals can do other than be forever suspicious about legitimate requests from services provided by Google, Twitter, Facebook and other online services that use OAuth with an un-vetted application developer program. Twitter’s users were attacked using these techniques a few years back. Unfortunately, Google has also fallen victim to a similar attack vector. When users see official emails from Google and official login pages used in scams, this leads the goodwill Google has garnered from its users to be potentially damaged. All providers of OAuth have a responsibility to police the use of their platforms to stop users from being tricked through official requests from services like Google, Twitter and Facebook. We do suggest that users keep an eye on social media. As the Google Doc “phishing” attempt demonstrates, Twitter is a great early-warning system. There’s little doubt that the tweeted warnings saved people from being victimized.

Is he for real?

It remains to be seen if Pupov’s claims are genuine. An email we sent to his gmail account promptly bounced back, and we’re still waiting for him to respond to our questions via Twitter. One question we have: what was the exact purpose of his project?

Other security experts, meanwhile, have pointed out that Pupov’s claims have not yet been independently verified. 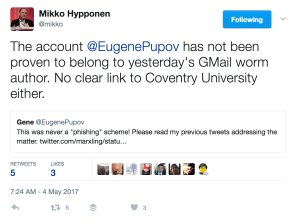 According to Coventry University, he’s not registered as a student there: 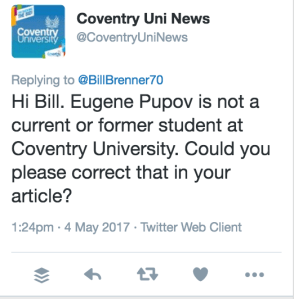 The question, after all this, is what users should do to protect themselves. If this were a cut-and-dry phishing attempt, our tips would be to:

Since the details around what happened remain confused, it doesn’t hurt to take additional steps. For example, if someone believes they may have inadvertently downloaded a sketchy app, they can go to myaccount.google.com/permissions and revoke permissions for any apps they don’t trust.

Users should check the apps they have approved to access their accounts and remove anything that may be suspicious on all OAuth-based platforms. For Google it is under your Google account -> Sign-in & Security -> Connected apps & sites. On Twitter and Facebook it is Settings & Privacy -> Apps.

11 comments on “Update: Google Docs used for phishing? Not exactly”