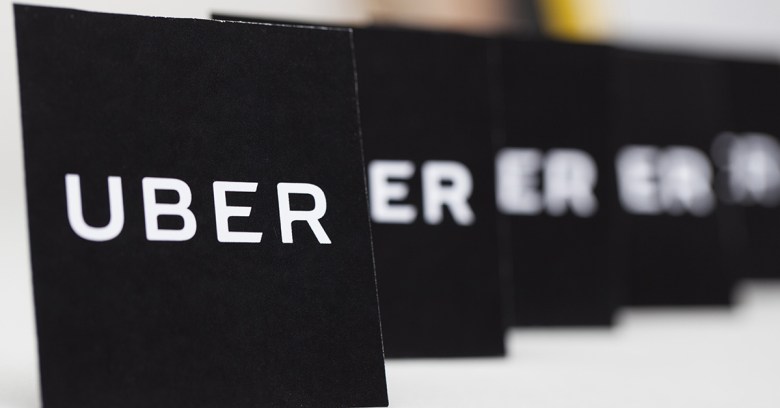 Uber is facing a criminal investigation in the US after it was revealed that it had been using a tool it called Greyball to evade enforcement authorities in cities where its ride-sharing service was banned or restricted.

The software, which Uber says it stopped using after the New York Times revealed its existence, was used to identify law enforcement and government officials, blocking them from ordering rides from targeted locations such as government offices to prove that Uber was operating illegally.

The probe, which the Department of Justice hasn’t commented on, came to light after Uber was asked by authorities in Portland to provide information about the probe. Uber told Portland officials that Greyball was used “exceedingly sparingly” and that it hadn’t been used since April 2015.

NASA has released a spectacular video made up of pictures captured by the Cassini space probe as it dived through Saturn’s rings to swoop at a height of 4,200 miles above the surface of the planet at the end of last month.

The swoop and dive is part of what NASA is calling Cassini’s Grand Finale – the final chapter in its 21-year mission of discovery. Launched in 1997, Cassini’s journey to Saturn took seven years. Since then the craft has sent back discoveries about Saturn’s moons, giving us information about their climate, weather and geology, and revealed the complexity of Saturn’s rings.

As NASA explains, the Grand Finale will see Cassini plunge into Saturn’s atmosphere to send back data before burning up like a meteor. The final destruction is to stop it from going out of human control once it runs out of rocket fuel, and to save it possibly crashing into the surface of one of Saturn’s moons and contaminating it with matter from elsewhere in the solar system.

Unencrypted DVDs of video interviews with victims of sexual and violent crimes were lost in the post, resulting in a fine of £150,000 for the police force that sent them, the UK’s data protection authorities have revealed.

The recorded interviews showed named victims speaking openly about what had happened to them. Greater Manchester Police had created three DVDs to send the videos for analysis to the National Crime Agency, said the ICO, and sent them by recorded delivery. The DVDs didn’t arrive and have never been found.

“When people talk to the police, they have every right to expect that their information is handled with the utmost care and respect,” said Sally Anne Poole of the ICO. The police force was “cavalier in its attitude to this data and it showed scant regard for the consequences that could arise by failing to keep the information secure,” she added.

This isn’t the first time Greater Manchester Police had been fined, added the ICO: the force had been hit with another £150,000 fine in 2012 after an unencrypted USB stick went missing.