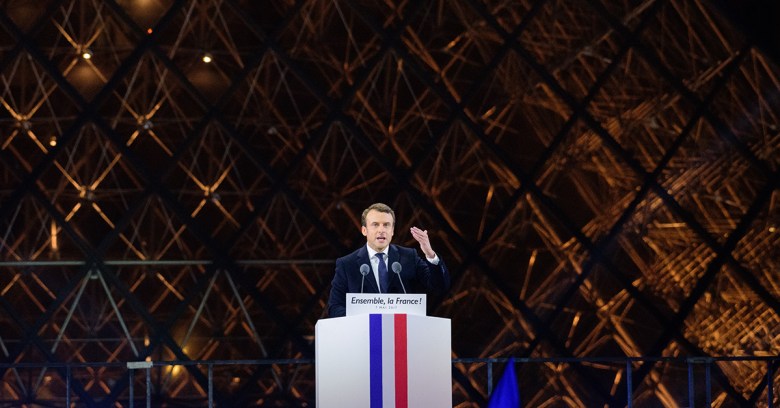 It came as little surprise to weary election-watchers when a big dump of emails purporting to be from the camp of Emmanuel Macron, the French presidential challenger (pictured), popped up on late on Friday night at – literally – the 11th hour.

While the dump attracted attention from the usual suspects online, including from WikiLeaks, the French press studiously ignored the cache of emails that claimed, among other things, to reveal that Macron, who beat the far-right candidate Marine Le Pen in the poll on Sunday, had a secret bank account in the Cayman Islands.

The French press ignored the dump because it happened an hour before a legally required blackout on election reporting kicked in, meaning the cache simply couldn’t be covered by French media, but it was widely discussed online, with observers pointing out – to nobody’s surprise – that the cache appeared to have Russian fingerprints on it.

The cache appeared to have a mix of genuine and fake documents in it, and observers suggested that the Russian hacking group Fancy Bear was behind the hack, which Russia has denied.

It also emerged that the Macron campaign, aware that it was a target, might have moved to thwart hackers by planting bogus data.

Researchers with Google’s Project Zero have found what they say is “the worst Windows remote code in recent memory. This is crazy bad.”

There was little further information forthcoming, either from the researchers or from Microsoft, about the remote code execution flaw. The researcher, Tavis Ormandy, said that the flaw works on default installs of Windows and is “wormable”.

Microsoft hadn’t responded to news of the discovery by the end of Monday. Project Zero generally gives a vendor 90 days to patch a vulnerability it discovers before it shares more details with the wider tech community, so we’d advise keeping an eye out for a patch from Microsoft.

Facebook moved offline into the old world of print on Monday by publishing adverts in the UK press to raise awareness of what constitutes “fake news”.

The social media platform’s move comes as it faces increased pressure on the rise of fake news and how it might impact voting behaviour ahead of the UK’s general election on June 8.

The adverts offer a series of tips to help users spot a dodgy story, and meanwhile says it has purged “tens of thousands” of fake accounts thanks to improvements in its algorithm to spot patterns of activity. Facebook told Techcrunch: “For example, our systems may detect repeated posting of the same content, or an increase in messages sent.”