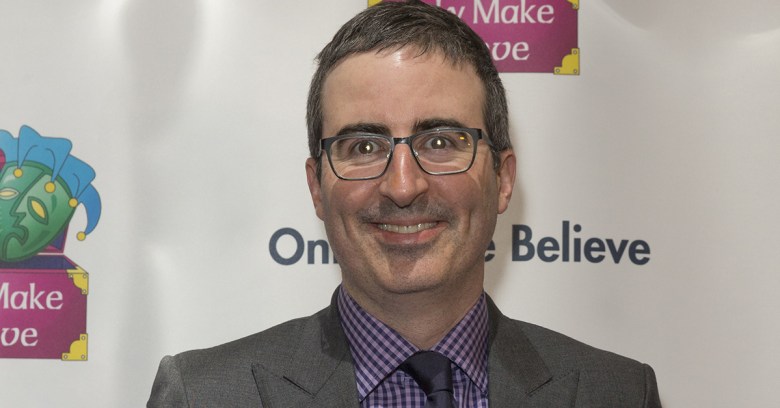 As of the morning of May 9, nearly half a million messages had been received by the FCC in response to its proposal #17-108, the first step towards eliminating net neutrality rules. A spot check of recent comments suggests the vast majority of commenters oppose Pai’s plans.

In both 2014 and 2017, the FCC’s website encountered major problems in the wake of the onslaught of messages about net neutrality. However, the FCC attributes the site’s recent problems to multiple DDoS attacks starting Sunday at midnight, not commenter traffic. Per agency CIO Dr David Bray, said:

The FCC collaborated with its cloud partners to address the situation, and the site seems to be working well as we write this. (If that changes, the FCC’s help desk contacts are 202-418-0193 and ECFSHelp@fcc.gov.)

In his latest segment, Oliver pointed out that commenting on the FCC’s newest proposal normally requires citizens to navigate a complex site structure. To simplify commenting, Oliver registered a new site, gofccyourself.com, which redirects straight to the appropriate page. Once there, commenters need only click Express to view a comment form.

If you do want to comment, now’s the time: the comment deadline for this proposal is May 11. (If you oppose Pai’s proposal, consider checking out the Electronic Frontier Foundation ‘s new DearFCC online tool for building more detailed comments.)

According to Ars Technica, once comments close, the FCC is expected to vote on Pai’s proposal on May 18. If it passes – and two of the three FCC commissioners say they support it – the FCC will move on to a comprehensive reassessment over the next few months.

Pai’s clear intention: reversing the classification of ISPs as “common carriers” that made it possible for the FCC to establish strict net neutrality rules in the first place. He also wants to “return authority to the Federal Trade Commission to police [ISP] privacy practices,” dumping stricter privacy rules announced by the Obama FCC. (Here’s his defense of that proposal and a fierce response from TechDirt.) Last but not least, Pai proposes to “re-evaluate the Commission’s enforcement regime to analyze whether ex ante regulatory intervention in the market is necessary”. (In other words: should the FCC regulate based on awful things that are predicted to happen? Or should it wait to see if they do happen, and consider regulation only afterwards?)

All these proposals make it clear that Pai wants to do exactly what he promised: “take a weed whacker” to the FCC’s constraints on ISP behavior.

Before he can formally vote to whack the weeds, however, there will be another cycle of public comments. As Ars Technica reports, “The deadline for initial comments will be July 17, and the deadline for reply comments will be August 16.” Individuals who comment now can also comment then – and one suspects Oliver won’t be the only person actively encouraging them to do so.

*”Net neutrality” requires ISPs to treat all internet traffic equally, and not play favorites – for example, giving preferential treatment to sites that pay for the privilege, or sites an ISP owns. For more about the rules Pai wants to ditch, see our coverage here.