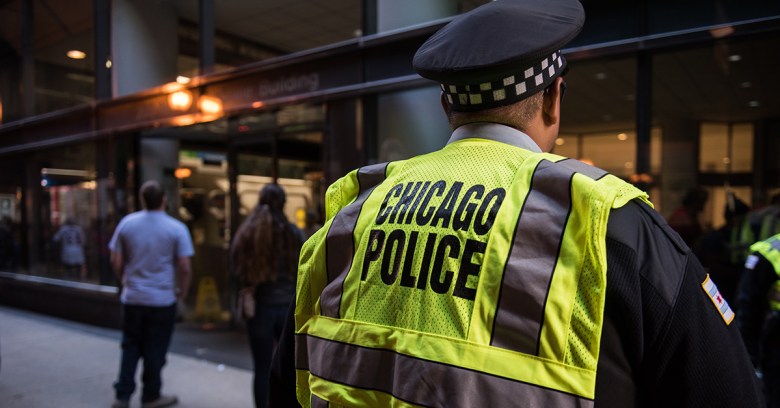 In a scheme that sounds as though it might have been lifted from the plot of Minority Report, Chicago Police is using sensors, big data, machine learning and predictive analytics to help combat the gun crime plaguing the city by trying to predict it before it happens, according to a report from BBC Click.

With murders in the US city of Chicago during 2016 at a 19-year high, 2017 began with everyone from the press to the president demanding change.

Superintendent Eddie Johnson unveiled CPD’s solution at a press conference, a new system representing “an investment in technology and data-driven enforcement that will help us reduce violent crimes across the city of Chicago”.

So how does this new system work?

According to the Chicago Tribune, the police department has integrated its ShotSpotter technology, which captures the sound of gunfire and attempts to pinpoint its location, with computerized map-based prediction tools. These tools use specialized algorithms to identify patterns and trends within the ShotSpotter data and predict where and when a violent crime might occur.

When a potential crime is identified, the tool sends a real-time alert to both the CPD’s new Strategic Decision Support Center and an app on the smartphone of officers near the location. Chicago Police Capt. Steven Sesso told CBS Chicago

It gets us closer to that crime, and gives us the probability and possibility of catching offenders and rendering aid in a faster manner.

In its report, CBS Chicago reveals that the technology is also linked with a system called HunchLab. HunchLab helps the police decide how best to respond by “analyzing information about arrests, 911 calls, gang activity and other police data”.

The technology does appear to be having an impact, according to the University of Chicago Crime Lab, which is helping the district track the crime numbers. A report in Chicago Tonight reveals the scale. Across the city “Year-to-date, shootings are down 13%” while the two districts where the technology has been deployed have seen

While this new technology does seem to be helping reduce violent crime across the city, it’s not without its controversy. In its report, the BBC draws attention to concerns about the objectivity of another piece of technology used by the CPD. The department’s Strategic Subjects List also uses predictive analytics and algorithms, this time to predict the likelihood of an individual committing or being a victim of crime.

The American Civil Liberties Union of Illinois told the BBC “if one [person who is arrested] is white and one is African-American, the African-American is far more likely to be convicted”.

At the end of the day, analytics technology is just that – technology. The predictions it makes  are only as good as the information it’s given.

Without a doubt, over the next few years we’re only going to see technology play an increasing role in fighting crime in both our real and our virtual lives. It’s vitally important that the algorithms developed and the data used are appropriate and reliable – so we can trust the predictions it makes.