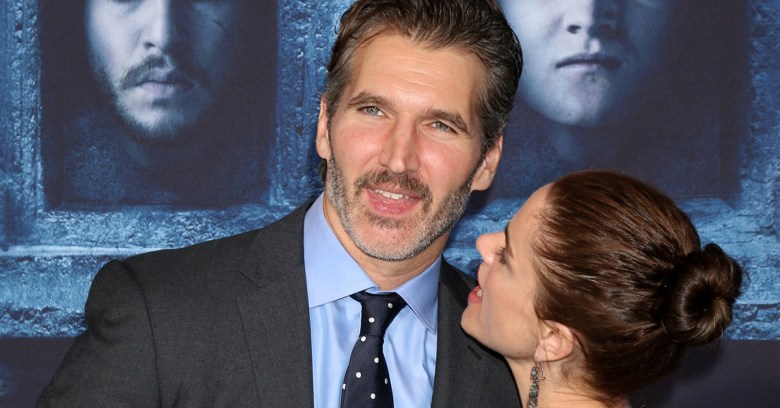 Game of Thrones cast ordered to use 2FA

Security is being stepped up on the Game of Thrones set, showrunner David Benioff (pictured) has told Entertainment Weekly magazine.

EW reports that fewer people are getting scripts and that the press isn’t getting preview copies of episodes, and meanwhile, Nathalie Emmanuel, who plays Missandei, has revealed that cast members have been told to set up two-factor authentication on their emails to prevent them being hacked.

She told Fabulous magazine that the actors don’t get paper scripts any more: “You have to look at it digitally. They won’t send it to us unless our emails have two-step verification.”

The tightening of security is a smart move by HBO as it comes after Netflix declined to pay a ransom demanded by hackers who had apparently stolen the next season of the hit series, Orange is the New Black.

Cisco has patched a critical vulnerability that was disclosed in the Vault 7 stolen CIA documents dumped by WikiLeaks in March.

The flaw could potentially have been used to hijack networks by establishing a Telnet connection and sending a CMP command, allowing the attacker to take over full control of the device, said Cisco in its advisory.

There are some 300 devices affected by the flaw that have now been patched – Cisco had been advising users to disable Telnet while it worked on the patch.

Half a billion devices now use Windows 10

If you’re using Windows 10, you’re in good company: Microsoft revealed on Wednesday that half a billion “monthly active devices” are now running the latest version of its operating system, having put on 100m million users in the past eight months.

Windows 10 isn’t however the biggest desktop operating system: that accolade still belongs to Windows 7, which, according to Netmarketshare, is still being used by 48.5% of devices, with Windows 10 at just over 28%.

Microsoft unveiled the figures ahead of its Build developers’ conference in Seattle, and the Redmond company is still aiming to have Windows 10 on 1bn devices next year.

Growth of Windows 10 was brisk in the year after it was released as Microsoft was offering free upgrades to Windows users, but it has stalled since that free period came to an end.

2 comments on “News in brief: Game of Thrones tells cast to use 2FA; Cisco flaw patched; Windows 10 on 500m devices”