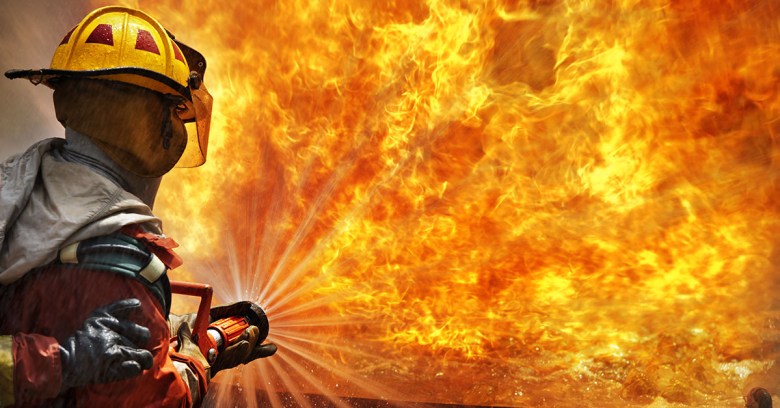 It was a difficult Friday for many organizations, thanks to the fast-spreading Wanna Decrypter 2.0 ransomware that started its assault against hospitals across the UK before spilling across the globe.

The attack appears to have exploited a Windows vulnerability Microsoft released a patch for in March. That flaw was in the Windows Server Message Block (SMB) service, which Windows computers use to share files and printers across local networks. Microsoft addressed the issue in its MS17-010 bulletin.

Sophos is protecting customers from the threat, which it now detects as Troj/Ransom-EMG, Mal/Wanna-A, Troj/Wanna-C, and Troj/Wanna-D. Sophos Customers using Intercept X will see this ransomware blocked by CryptoGuard. It has also published a Knowledge Base Article (KBA) for customers.

National Health Service hospitals (NHS) in the UK suffered the brunt of the attack early on, with its phone lines and IT systems being held hostage. NHS Digital posted a statement on its website: 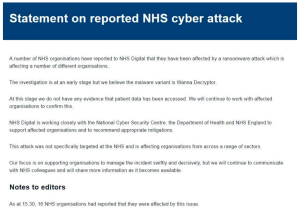 The UK’s National Cyber Security Centre, the Department of Health and NHS England worked Friday to support the affected hospitals, and additional IT systems were taken offline to keep the ransomware from spreading further.

Victims of the attack received the following message: 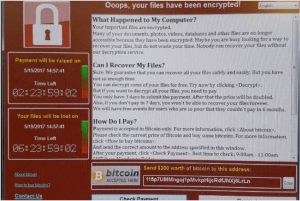 Here is an update of the specific ransomware strains in this attack that Sophos has now provided protection against:

As noted above, Sophos has issued protection for customers. Users of Intercept X and EXP don’t have to do anything. Users of Sophos Endpoint Protection and Sophos Home should update their versions immediately.

We urge those who haven’t yet done so to:

32 comments on “Wanna Decrypter 2.0 ransomware attack – what you need to know”