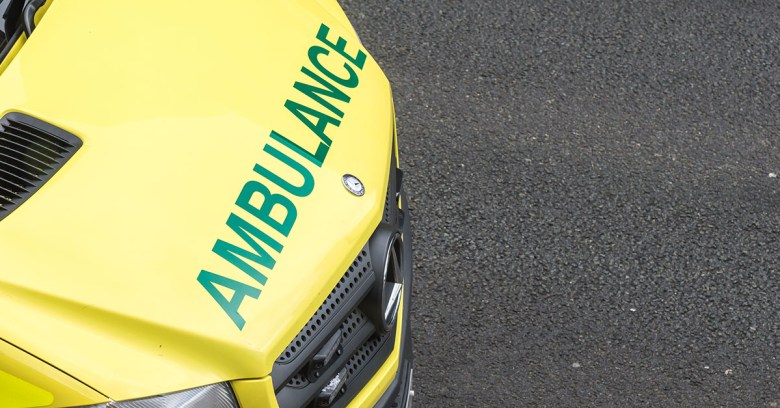 Friday’s massive WannaCry ransomware attack was certainly a gut punch for many organizations. But few should be shocked by its rapid spread – especially those who remember Slammer and Conficker.

Those contagions  – ancient malware by today’s standards – spread through exposed Microsoft vulnerabilities. WannaCry spread the same way. In each case, Microsoft had already released a patch for the security holes.

And so for some, an important lesson continues to go unrecognized:  that organizations must keep a close watch for patch updates and deploy the fixes immediately.

WannaCry – also known as Wanna Decrypter 2.0, WCry, WanaCrypt and WanaCrypt0r – exploited a Windows vulnerability that Microsoft released a patch for in March. That flaw was in the Windows Server Message Block (SMB) service, which Windows computers use to share files and printers across local networks. Microsoft addressed the issue in its MS17-010 bulletin.

It hit organizations across the globe, including National Health Service hospitals (NHS) in the UK. Analysis seems to confirm that the attack was launched using NSA code leaked by a group of hackers known as the Shadow Brokers.

It’s likely that some were infected because they hadn’t gotten around to applying the MS17-010 patch. But others suffered because they were running older, unsupported Windows versions and, as a result, never received that security update. For that reason, Microsoft took the highly unusual step of making a security update for platforms in custom support (such as Windows XP) available to everyone. The software giant said in a statement:

We know some of our customers are running versions of Windows that no longer receive mainstream support. That means those customers will not have received the Security Update released in March. Given the potential impact to customers and their businesses, we made the decision to make the Security Update for platforms in custom support only, Windows XP, Windows 8, and Windows Server 2003, broadly available for download here.

Conficker is a widespread network worm that began to spread to millions of unpatched PCs in 2008. The first samples detected at the virus testing service Virus Total were spotted in SophosLabs on November 21 2008. It spread by exploiting a buffer overflow vulnerability in the Windows Server service. That flaw was patched by Microsoft on October 23, 2008 — 29 days before Conficker began its assault. 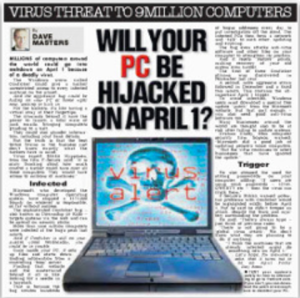 Slammer began its attack in early 2003, exploiting a vulnerability in Microsoft’s SQL Server database software that had been patched six months earlier. Many of the affected computers were corporate SQL servers, which allowed the worm to quickly acquire a lot of CPU juice and network connectivity. So when this headline appeared, it was no exaggeration at that point in time:

Indeed, there were some unique aspects to the WannaCry attack. Typical ransomware infections happen after the victim clicks on a malicious email attachment or link. In this attack the malware was able to exploit a remote code execution (RCE) vulnerability that allowed it to infect unpatched machines without users having to do anything. The attacker’s use of the leaked NSA code likely had something to do with that, though there’s still a lot to learn about this event.

Why some don’t ‘patch now!’

Regardless of those details, the fact remains that this was made all the worse because available patches were never applied.

But Sophos CTO Joe Levy said there are cases when a patch shouldn’t be viewed as optional, no matter the company’s patching policy – like when the vulnerabilities fall into the category of common-mode failure.

Security luminary Dan Geer mapped out the problem in a column he wrote after the 2014 discovery of Heartbleed (Levy notes that he often refers others to the article). Among other things, Geer wrote:

Only monocultures enable internet-scale failure; all other failures are merely local tragedies. For policymakers, the only aspect of monoculture that matters is that monocultures are the sine qua non of mass exploitation.  In the language of statistics, this is “common mode failure,” and it is caused by under-appreciated mutual dependence.

The National Institute of Standards and Technology (NIST) defines common-mode failure this way:

How does this apply to what happened Friday? Levy explained:

When a failure (and its attendant patch) involves the intersection of common components like SMB (which are present on every Windows system) and remote code execution, that’s a combination that should transcend policy.

In other words, in the case of these Windows SMB vulnerabilities, the patch should not be thought of as optional, irrespective of your policy (or non-policy) on patching. The danger of holding the patches back is that attacks like WannaCry have an easier time engulfing the globe.

The best advice is still for organizations to keep their patching up to date and use current versions of Windows.

A better way may yet emerge. But not today.

Meanwhile, as mentioned above, Sophos continues to update its Knowledge Base Article (KBA) for customers as events unfold. Also see our previous article for additional defensive measures.

5 comments on “WannaCry benefits from unlearned lessons of Slammer, Conficker”