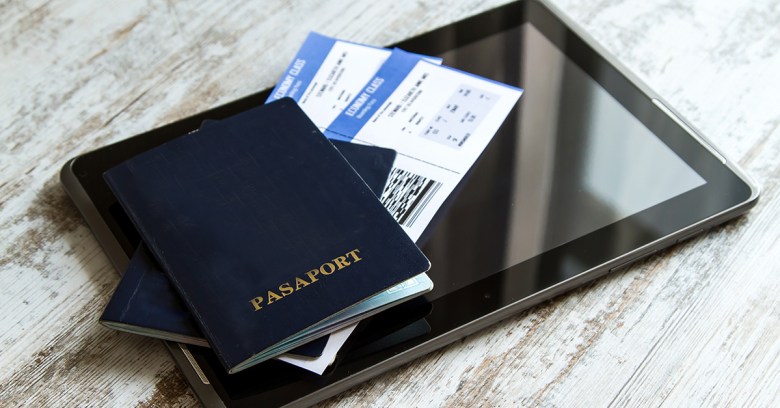 Warning on costs of laptop ban

The threatened extension of a ban on electronic devices larger than a smartphone in aircraft cabins could cost more than $1bn in lost productivity, the airline industry has warned.

IATA, the International Air Transport Association, has urged governments to look for an alternative to the ban, which came into effect last month and affects some airlines flying into the US and the UK from some Middle Eastern countries.

Officials from the US and EU countries were due to meet on Wednesday to discuss extending the ban after the US said it was considering including several more European countries.

As well as the potential disruption and lost productivity, observers have also warned about the risk of carrying a large number of flammable lithium batteries in the hold.

If you’re affected by the existing laptop ban, we’ve got some advice on how to protect your devices and the data on them.

Bell Canada has warned its customers that hackers have stolen the personal data of nearly 2m subscribers after breaking into a company database.

“The illegally accessed information contains approximately 1.9 million active email addresses and approximately 1,700 names and active phone numbers,” said Bell in a statement. However, it added that there was “no indication that any financial, password or other sensitive personal information was accessed”.

However, Bell could be facing a bigger leak after an anonymous note was posted online threatening the telecoms provider. The note said that the data already posted online showed that “Bell doesn’t care for its [customers’] safety and they could have avoided this public announcement … Bell, if you don’t [co-operate] more will leak.”

The move is sparked by rising concern about practices of data analytics companies use to influence voting behaviour after reporting by news organisations including the Observer highlighted fears about how such businesses operate.

“This is a complex and rapidly evolving area of activity and the level of awareness among the public about how data analytics works, and how their personal data is collected, shared and used through such tools, is low,” said Denham.

She added: “What is clear that these tools have a significant potential impact on individuals’ privacy. It is important that there is greater and genuine transparency about the use of such techniques to ensure that people have control over their own data and the law is upheld.”