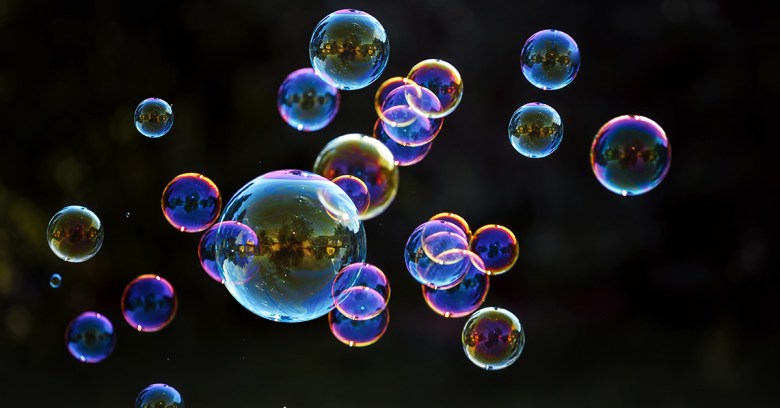 Bitcoin, the most widely used cryptocurrency, has been hitting unprecedented highs, with a single coin now worth more than $2,189 on Monday evening (BST).

Bitcoin hit the headlines just over a week ago as the WannaCry malware that crippled PCs around the world demanded its ransom in the cryptocurrency – although, according to a Twitter account that’s been monitoring payments to the wallets linked to the ransomware, only a fraction of the victims have actually paid the ransom.

It may not be that the WannaCry outbreak is the reason for the soaring price, however: the Economist points to the fact that all the leading cryptocurrencies are seeing soaring prices, and warns that there’s “alarm” over the high price – bubbles always eventually go pop.

If you thought your Uber ride was going to be charged according to how far you want to go and whether surge price is in play, think again: it turns out that the ride-sharing company could be charging you what it thinks you’re willing to pay.

Bloomberg reported that Uber is using machine learning to identify customers who might be prepared to pay more: if you’re going from one expensive part of town to another in one of the 14 US cities this is in operation, you might be charged more than someone shuttling between less smart parts of the city, even if the distance is the same.

And why is Uber doing this? To increase its take, according to Bloomberg: this is part of the company’s “upfront pricing”, where it provides an upfront fare rather than an estimate. The driver gets the amount based on time and distance, and Uber pockets the difference.

The security researcher who identified the “kill switch” in the WannaCry ransomware that halted the outbreak has condemned UK tabloids as “super-invasive” after his identity was revealed without his consent.

Marcus Hutchins, 22, who uses the Twitter handle @MalwareTech, had been hailed as a hero for identifying the domain the ransomware was checking in with and registering it, causing the worm to shut down before it started encrypting its victims’ PCs.

But despite wanting to remain anonymous, Hutchins found his name and photograph all over the front pages and said that he feels that his life is in danger and said he’d have to move.

Hutchins told the Guardian that he preferred to stay anonymous “because it just doesn’t make sense to give out my personal information. Obviously we’re working against bad guys and they’re not going to be happy about this.”