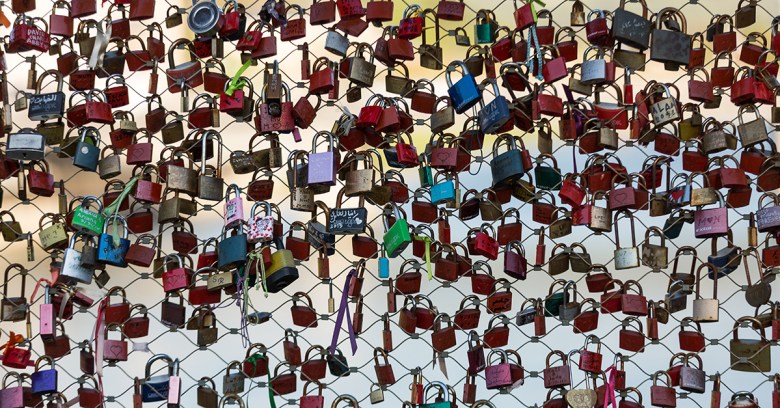 Consider Kevin M Maldonado: he’s the reason to limit the personal information you put online, and he’s the reason why your password shouldn’t be your anniversary or your cat’s name.

The 35-year-old man from the US state of Alabama has been sentenced to six months in federal prison and three years of supervised release after he pleaded guilty to spending two years hacking and tormenting at least 50 women.

The total number of victims can’t be ascertained, since all we know about for sure are the 50 he managed to steal from. We have no idea how many accounts he targeted and/or broke into but didn’t manage to steal sexual content from.

He targeted women he knew and women he did not; women he had been romantically involved with and women he merely interacted with briefly; women with whom he had a connection, like a shared military history or high school and women who he found on the internet; and women who lived or worked near him in Shelby County, Alabama, and others who lived across the country and he was unlikely to ever see. The only thing that the defendant’s victims had in common was the defendant’s desire to delve into the details of their lives for his own pleasure.

…as many others as he could.

According to the US Attorney’s office in the Northern District of Alabama, Maldonado spent “countless” hours cyberstalking his victims, as he researched their personal information online, looking for hints to what they might have used as passwords for their accounts.

The defendant also spent untold hours trolling the accounts he accessed via phishing for additional password information and conducting extensive open source research, for example on websites such as spokeo.com, on potential victims and making note of information about them including birth dates, places of employment, collegiate affiliations, etc. He then used this information to try to guess victims’ passwords, or answer the security questions necessary to re-set them.

Maldonado wasn’t satisfied with sexual content, mind you. He also downloaded innocent images that allowed the thief to pry into his victims’ personal lives, such as photos of kids, pets, family parties and nights on the town. He also turned his victims into accomplices, capturing their contacts so he could troll and stalk them, too. He went so far as to impersonate a victim so he could ask one of her contacts to send sexual images to him.

You can think of Maldonado as a librarian of creepiness. After he broke into women’s accounts and stole their data – including personal identifying information (PII) and personal photographs and videos, some of which were images of them nude, partially nude, or engaged in sexual activity – he catalogued the data by victim or group and saved it to an external hard drive for easy access.

In February, Maldonado pleaded guilty to one count of intentionally accessing the Gmail account of a victim identified by the initials KM in order to access her documents and images without her permission and to thereby invade her privacy. The plea deal let him off the hook for other crimes, including aggravated identity theft. He starts his jail sentence on July 17.

How to avoid phishers, cyberstalkers and thieves

Maldonado did his dirty work by guessing at, and/or phishing, victims’ passwords and security questions. We leave ourselves vulnerable to such low-tech attacks by leaving our personal information strewn around the web, be it by advertising our birthdays on Facebook, publicly posting the names and relationships of our children and family, or any other number of ways we expose our PII.

All that PII can be used to guess at answers to security questions that are supposed to be protecting our accounts, not putting down a welcome mat for hackers to waltz in. “Protecting” our accounts with passwords that are easy to guess is another welcome mat: at one point, Google Apps did a survey that found that the top 10 most common passwords were our pets’ names.

Lists of the top worst passwords come out as often as spring rain, but they tend to have much in common, and often it’s our PII. For example, after pets’ names, the other worst passwords off that Google Apps survey were:

We could make it much tougher for creeps like Maldonado to crack open our accounts if we stopped cooking up passwords that are entirely-super-easily-guessable-by-anybody-on-the-planet. Some steps to protect ourselves with tougher passwords and other cyber security safeguards:

With that last one in mind, here are a few more Facebook-specific tips: