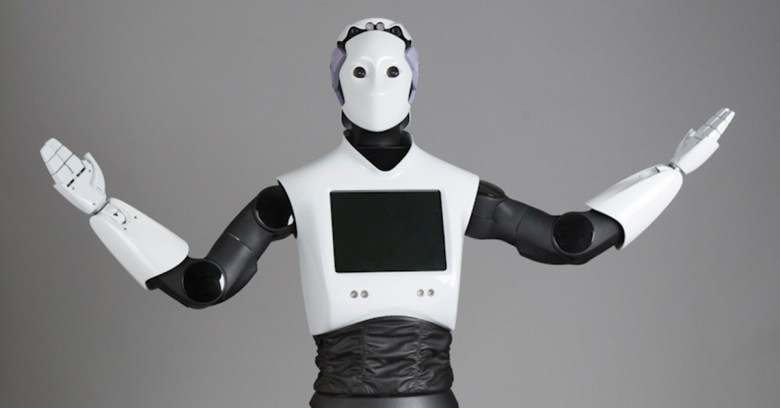 Dubai has deployed its first robot police officers – and says it’s aiming to have robots making up 25% of its police force by 2030.

For now, the robots – a specialised REEM device from PAL Robotics (pictured) – will patrol the city’s malls and tourist attractions, taking reports of crime and allowing humans to pay fines and get information via a touchscreen on the device’s chest, in either Arabic or English, reported The National.

Dubai police said that they plan to add other languages to the robot including Russian, Chinese, French and Spanish, and that the force is also working on adding voice control to the robots.

Brigadier Khalid Nasser Al Razouqi, general director of Dubai police’s Smart Services department, told Gulf News that “we are looking to make everything smart in Dubai police. By 2030 we will have the first smart police station which won’t require human employees.”

Bad news for Samsung: its latest flagship device, the Galaxy S8, has had its iris recognition cracked by a security researcher. The Chaos Computer Club, a Berlin-based hacking collective, has posted a video showing how they fooled the device – though the good news for Samsung is that, while it’s not difficult, it does involve some effort.

The video shows how a photograph taken from the mid distance using infrared mode of the owner and then printed out on to paper, with a disposable contact lens placed on top of the photo of the eye, can unlock the device.

The Galaxy S8 is the device Samsung hoped would help it put the issues of the batteries bursting into flames that dogged the Galaxy Note 7 behind it, but it turns out that the S8’s biometrics had been cracked before this latest video surfaced: earlier this year, a Spanish man posted a video on Periscope of himself appearing to unlock his S8 with a photo.

ENISA, the EU’s network and security agency, is not impressed at the state of IoT security. The agency yesterday launched a paper that called for setting a policy framework for “ensuring minimal security requirements for connected devices”.

Udo Helmbrecht, the agency’s executive director, said: “Pervasive connectivity over the Internet of Things means that security is becoming an important issue for just about all citizens – whether they be using a computing device, TV or washing machine.”

The paper is sharply critical of the lack of standards, saying: “There is no basic level, no level zero defined for the security and privacy of connected and smart devices. There are also no legal guidelines for trust of IoT devices and services and no precautionary requirements in place.”