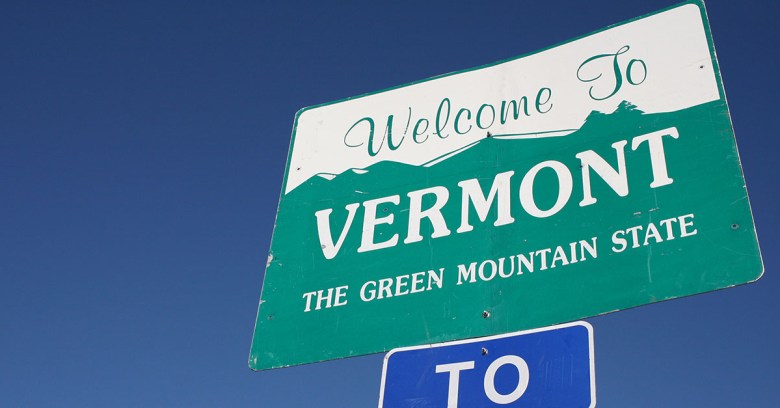 It’s not ambiguous: Vermont state law is perfectly clear on whether the Department of Motor Vehicles (DMV) can use biometrics to identify people when they get a license or other identity card.

The Department of Motor Vehicles shall not implement any procedures or processes … that involve the use of biometric identifiers.

But despite that law, the American Civil Liberties Union has found documents that describe the DMV’s use of facial recognition. On Tuesday, ACLU Vermont demanded an immediate halt to the program.

As the ACLU describes it, Vermont invites state and federal agencies to submit photographs of persons of interest to its DMV. The program entails comparison of those photos against its database of some 2.6m photos, as well as the sharing of potential matches. Since 2012, the agency has run at least 126 such searches on behalf of state and local police from around the country, the State Department, the FBI, and Immigrations and Customs Enforcement (ICE).

James Lyall, executive director of the ACLU of Vermont:

Once again, we see Vermont DMV overstepping its authority and thumbing its nose at state law. In addition to violating Vermont law, DMV’s facial recognition program invades Vermonters’ privacy, disproportionately targets people of color, places immigrants at increased risk of harm, and lacks due process protections to prevent further abuse. This program was banned for a reason, and must be halted immediately. The ACLU is calling on legislators to hold DMV accountable and take action to protect Vermonters from runaway government surveillance and discrimination.

As it is, nearly half of all Americans are in a facial recognition database that the FBI and other law enforcement agents can get at without warrants or without even having to prove they have reasonable suspicion that we’ve done anything wrong.

Our likenesses are captured in civil and criminal mugshot photos, the State Department’s visa and passport databases, the Defense Department’s biometric database, and the drivers’ license databases of 18 states.

In March, during a House oversight committee hearing, politicians and privacy campaigners hauled the FBI over the coals for its use of facial recognition technology, which the bureau has used for years without first publishing a privacy impact assessment as required by law.

The committee called for stricter regulation of facial recognition technology at a time when it’s exploding, both in the hands of law enforcement and in business.

As the ACLU states, studies have found that minorities are disproportionately targeted by facial recognition. According to a study from Georgetown University’s Center for Privacy and Technology, in certain states, black Americans are arrested up to three times their representation in the population, which means that they’re overrepresented in face databases. And just as African Americans are overrepresented, so too is their misidentification multiplied. Adding to this all is that facial FRT algorithms have been found to be less accurate at identifying black faces.

During the committee hearing in March, it emerged that 80% of the people in the database don’t have any sort of arrest record. Yet the system’s recognition algorithm inaccurately identifies them during criminal searches 15% of the time, with black women most often being misidentified.

As goes the FBI’s use of facial recognition, so goes that of Vermont DMV. The ACLU cited records that show that the agency has conducted searches involving people merely alleged to be involved in “suspicious circumstances”. That includes minor offenses such as trespassing or disorderly conduct, while some records fail to reference any criminal conduct whatsoever.

The ACLU gave these examples:

Vermont DMV commissioner Robert Ide told a local weekly, Seven Days, that Vermonters should have “absolute confidence in how we are accepting and carrying through our responsibility”. He also said that he was oblivious about the state law banning the use of biometrics.

According to Seven Days, when the facial recognition program was first rolled out in 2012, director of operations Michael Smith told the publication that it was just for protection against identity fraud, and that it wouldn’t be used for other law enforcement purposes.

But according to records obtained by the ACLU and reviewed by Seven Days, in that same year, DMV higher-ups debated whether to allow police to get at its facial-recognition database.

Personally, I think it seems like a good idea. However, this may be the one piece most likely to stir up the tinfoil-hat crowd.

According to the report from Georgetown Law, government agencies have facial-recognition programs in at least 36 states, and, in all but three, lawmakers never voted to approve them.

And again, in Vermont, legislators explicitly voted not to approve such a program.

So much for laws!