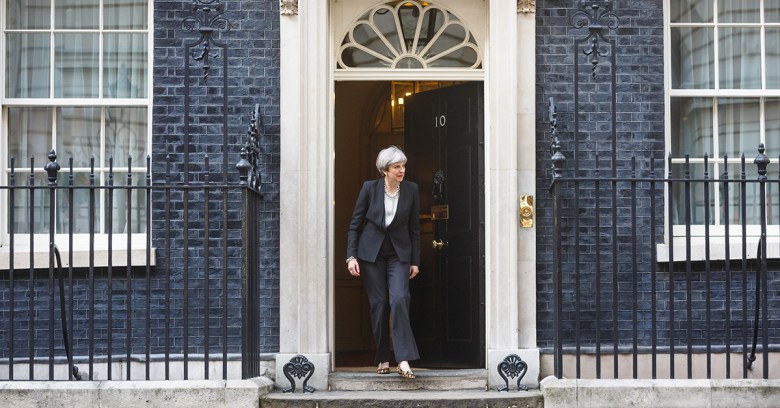 Tech firms ‘must do more’ to combat terrorism

British prime minister Theresa May (pictured) has called on the leading technology companies to do more to stop extremist content online, saying that the fight against Islamic State has moved from “the battlefield to the internet”.

Speaking at the G7 summit in Sicily at the end of a week that saw 22 people killed in a terrorist bomb attack in Manchester, May said that internet companies such as Facebook, Twitter, Google and its subsidiaries such as YouTube have not done enough to stop the spread of extremist material online.

A British government official told the Financial Times that the UK wants to see “revised guidelines on what constitutes harmful material. Those who don’t abide by those guidelines should be held to account.”

Google told Naked Security that it “shares the government’s commitment to ensuring that terrorists do not have a voice online. We employ thousands of people and invest hundreds of millions of pounds to fight abuse on our platforms and will continue investing and adapting to ensure that we are part of the solution.”

Three Nigerian “romance scammers” who defrauded their victims out of tens of millions of dollars were sentenced to 235 years in prison between them after carrying out “numerous internet-based fraud schemes dating back to at least 2001”, said the US Department of Justice on Thursday.

Once they’d gained the trust of their victims, said the Department of Justice, the men “would convince the victim to either send money or help carry out fraud schemes. The defendants admitted that they used romance victims to launder money via Western Union and MoneyGram, to repackage and reship fraudulently obtained merchandise and to cash counterfeit checks.”

The three were extradited to Mississippi from South Africa in 2015, said Mississippi and New Orleans law enforcement officials.

Disney film hack ‘was a hoax’

We recently reported the tale of how hackers had claimed to have stolen a Disney blockbuster movie, thought to be the latest in the Pirates of the Caribbean franchise starring Johnny Depp, and how the thieves were threatening to release it online unless Disney coughed up a ransom in Bitcoin.

That came from Bob Iger, Disney’s chief executive – but now he’s saying that it was all a hoax. Speaking to Yahoo Finance on Thursday, Iger said: “To our knowledge, we were not hacked. We had a threat of a hack of a movie being stolen. We decided to take it seriously but not reach in the manner in which the person who was threatening us had required.”

However, TorrentFreak said that after Iger had said Disney had been the focus of a hoax, it had found itself talking to someone who claimed to be the hacker, who said they could provide “the original emails sent to Disney as well as some other unknown details”. The putative hacker told TorrentFreak that the movie they had threatened to release online wasn’t the Pirates film, but The Last Jedi, the next instalment in the Star Wars franchise which is due to be released in December.

Researchers cast doubt over the veracity of the claims – and as yet, no ransoms have been paid nor have any chunks of either film turned up online.