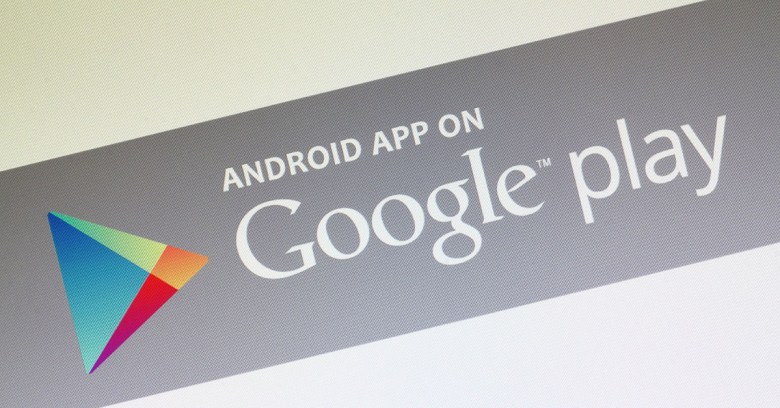 Thanks to Rowland Yu of SophosLabs for the behind-the-scenes work on this article.

When you see them in Google Play, Star Hop and Candy Link look like a couple of harmless games. But they hide malware that can switch on the wifi on your Android device’s and pummel you with spam.

SophosLabs researchers uncovered the apps – which have been downloaded some 50,000 times so far – during routine testing.

Star Hop is a game where the goal is to tap on two or more adjacent stars to destroy them: 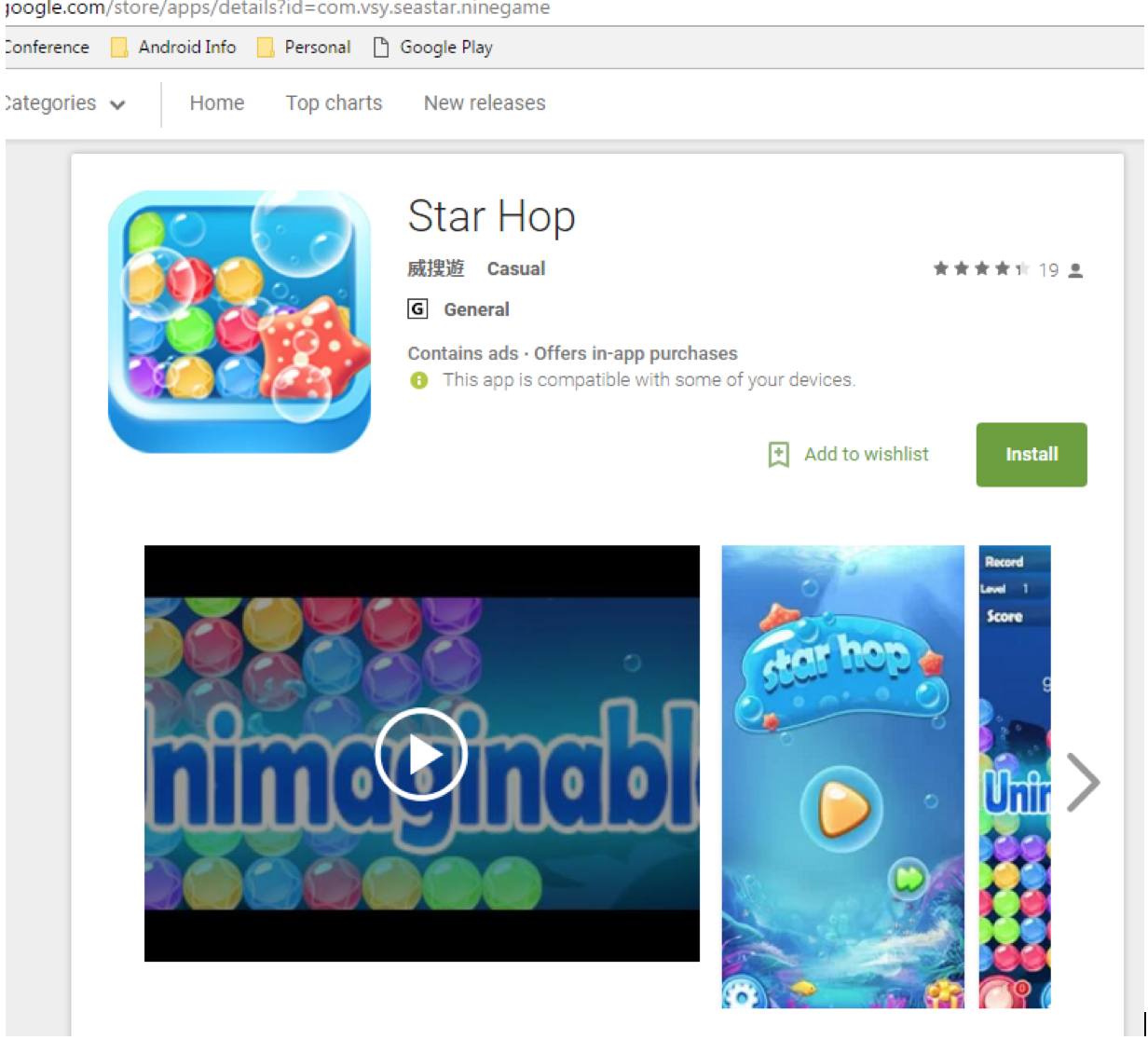 Candy Link is billed as a game that helps users improve their concentration and cognitive abilities: 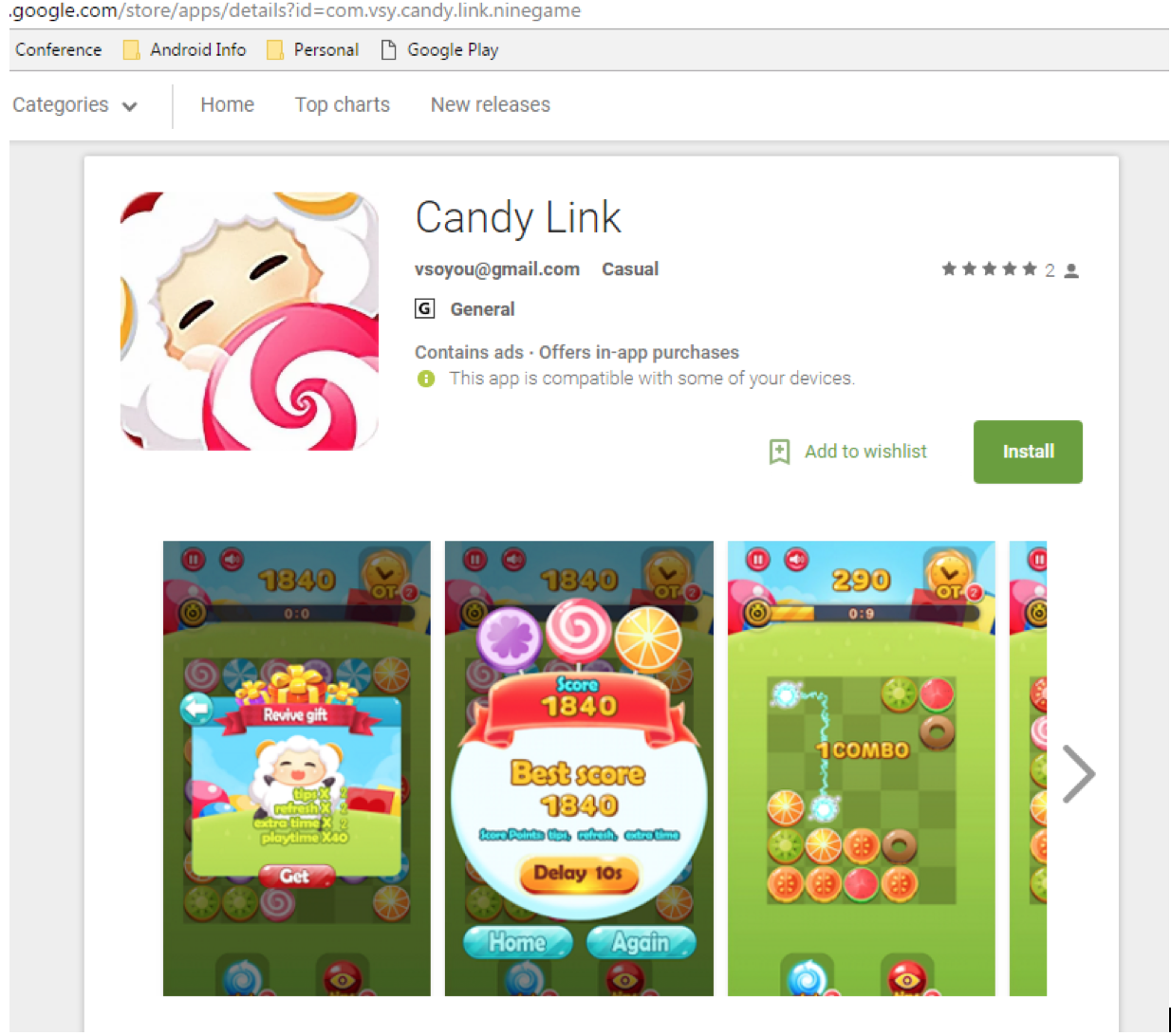 Researcher Rowland Yu said the apps hide malware SophosLabs has detected as Andr/Axent-EH. It appears the apps have been available on Google Play since March 2017.

The malware family is able to:

The malware decrypts a .jar file in the “assets” folder, then drops a payload called decbiee.jar, as this screenshot shows:

The payload has the capability of checking wifi status and turning it on if it’s off:

The payload connects lce9v.com, then redirects to malicious website wi7cb.com, which has been blocked by Sophos:

Once the device is infected, the user receives spam messages like these every time they activate their home screen: 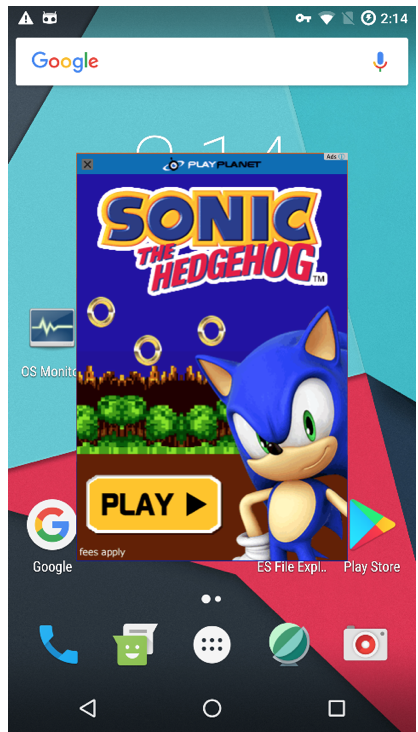 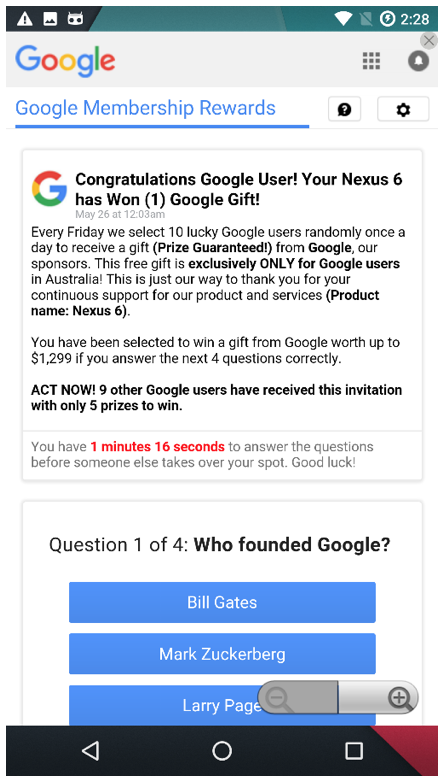 As we mentioned above, SophosLabs has identified this as Andr/Axent-EH and protected Sophos users against it.

Our advice to non-Sophos customers is not to download these apps if you see it in Google Play. We’ve told Google Play about our discovery.