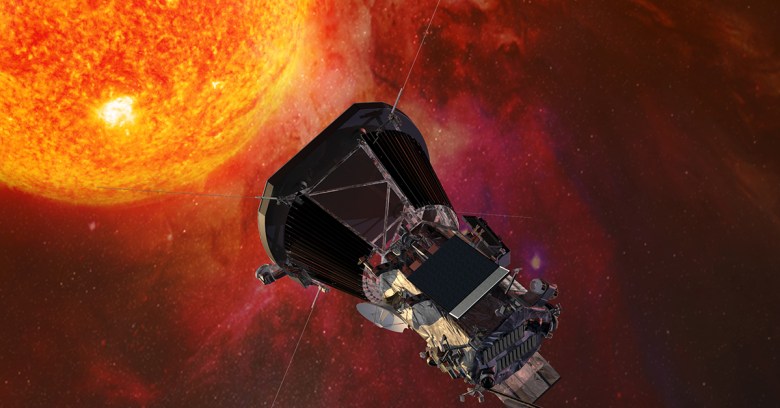 NASA to send probe to the Sun

Boldly planning to go where no human – or spacecraft – has gone before, NASA is to send a probe 93m miles to the Sun. The probe, which will launch next year, has been named the Parker Solar Probe in honour of Eugene Parker, the astrophysicist who predicted the stream of plasma that flows out from the sun and into space, the high solar wind.

The probe was announced earlier this week, but NASA said on Wednesday that it had decided to name the probe after Parker at a ceremony at the University of Chicago where Parker, who turns 90 in just over a week, is the S. Chandrasekhar Distinguished Service Professor Emeritus.

Parker said: “The solar probe is going to a region of space that has never been explored before. It’s very exciting that we’ll finally get a look. One would like to have more detailed measurements of what’s going on in the solar wind. I’m sure there will be some surprises. There always are.”

The probe is due to launch in July next year and will get as close as 3.9m miles from the solar surface, where it will have to withstand temperatures of up to 2,500 degrees Fahrenheit.

Subway to get cellphone coverage

As any visitor to London – or native Londoner – knows, talking to other human beings is something of a taboo on the British capital’s subway system, known as the Tube. Chatting to another passenger is right up there with standing on the left of the escalator (that’s the side you use to walk up or down), not moving down inside the carriages to make room for others and stealing candy from babies.

So the news that it could soon be possible to have a mobile phone conversation on the Tube has predictably been greeted as one of the worst things possible by Londoners: Twitter users said it was a “truly horrific idea“, the “worst idea ever” and bemoaned “the horror“.

Tube passengers already have Wi-Fi at most stations – though not in the tunnels between stations – and the move to extend mobile connectivity to the network is the result of an initiative from the mayor, Sadiq Khan, who is due to invite bids from telecoms providers next week, said the FT.

Facebook continued to push back against moves across the EU to curb the spread of fake news and hate speech earlier this week, criticising a new German law that could force Facebook and other social media providers to pay a fine of up to €50m if they don’t take down infringing content within 24 hours.

Facebook warned that the new law, which has been approved in Germany but hasn’t yet come into force, could mean legal content would be deleted, saying: “The draft law provides an incentive to delete content that is not clearly illegal when social networks face such a disproportionate threat of fines.”

The California company made the not unreasonable point to Engadget that the law “would have the effect of transferring responsibility for complex legal decisions from public authorities to private companies”, and added that it believes that the proposal isn’t compliant with EU law.

5 comments on “News in brief: NASA sends probe to the Sun; subway gets phone coverage; Facebook pushes back”