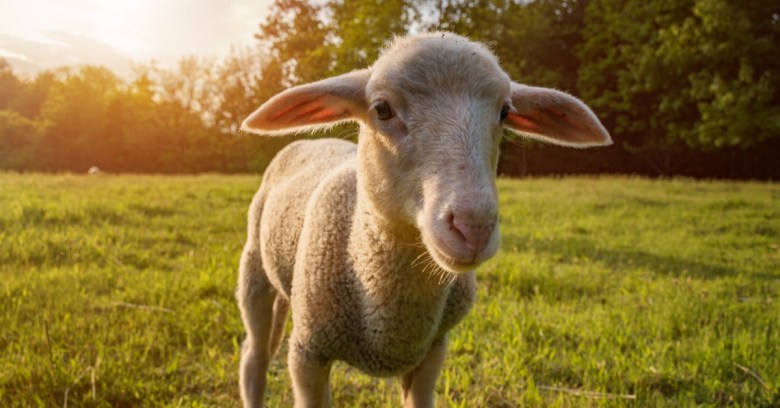 Scientists at Cambridge University have developed a computer program that can identify when an animal is in pain.

The artificial intelligence system uses five different facial expressions from a sheep to recognise when the animal is suffering and to what degree. According to the research, pain is revealed when the sheep’s nostrils make a V shape, their ears fold, their lips go back and down, their cheeks tighten and their eyes narrow.

Though typically human faces are used for machine learning, Professor Peter Robinson explained that “a lot of the earlier work on the faces of animals was actually done by Darwin, who argued that all humans and many animals show emotion through remarkably similar behaviours, so we thought there would likely be crossover between animals and our work in human faces”.

Some 500 images of sheep were used to train the system and early tests show the model is able to assess pain levels with 80% accuracy.

It is hoped that in time the system could be used for early discovery of painful conditions, like foot rot, in order to administer treatment faster. The next step for the researchers is to train the programme to detect the faces of sheep from moving images with a long-term plan of further advancing it so that cameras can be installed near water troughs and areas where sheep gather to pick out any animals that are in pain.

Evidence of a parallel universe discovered

No longer just science fiction, researchers think they might have found evidence of a parallel universe.

The theory focuses around a “Cold Spot” in space that scientists have long had trouble explaining. However, new research suggests that this area could prove the existence of a multiverse, which is made up of billions of other universes much like our own.

“We can’t entirely rule out that the Spot is caused by an unlikely fluctuation explained by the standard model,” said Professor Tom Shanks. “But if that isn’t the answer, then there are more exotic explanations. Perhaps the most exciting of these is that the Cold Spot was caused by a collision between our universe and another bubble universe.”

Two years after being convicted for operating the internet’s largest dark market, Ross Ulbricht has lost his appeal to escape a life behind bars.

Ulbricht, who ran the Silk Road dark-web site under the pseudonym Dread Pirate Roberts, steadfastly fought his drug trafficking and money laundering convictions. His legal team challenged key IP address evidence that was collected without a warrant, the involvement of allegedly corrupt federal agents  and the particularly extreme sentence for non-violent crimes.

Nevertheless, the panel of three judges unanimously supported the rulings of the lower court. They did note the severity of his punishment but explained that it “largely resulted from the massive quantity of drugs trafficked using Silk Road”.