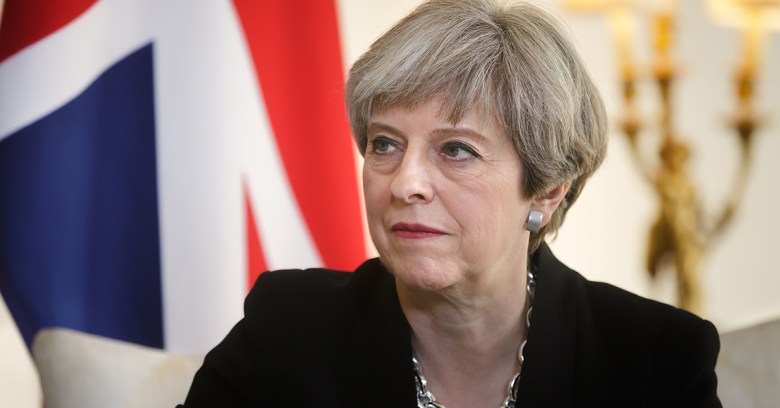 The attack on London over the weekend has again sparked calls from politicians to crack down on how terrorists use online platforms and apps to communicate, with UK prime minister Theresa May (pictured) saying on Sunday that a new approach to tackling extremism and terrorism is needed.

“We need to work with allied democratic governments to reach international agreements to regulate cyberspace to prevent the spread of extremism and terrorism planning,” said May just hours after seven people had been killed in the short but deadly attack on the busy area of London Bridge on Saturday night.

However, the big social media providers said they were already working hard to make their platforms safe. “Terrorist content has no place on Twitter,” said Nick Pickles, the company’s public policy head, while Google said it was “already working with industry colleagues on an international forum to accelerate and strengthen our existing work in this area. We invest hundreds of millions of pounds to fight abuse on our platforms and ensure we are part of the solution.”

Previous calls by the UK’s home secretary, Amber Rudd, to allow security services to read the encrypted messages of attackers, have met with pushback from the technology industry and privacy campaigners alike.

Facebook echoed its social media counterparts by saying: “Online extremism can only be tackled with strong partnerships. We have long collaborated with policymakers, civil society and others in the tech industry.”

We cover the uses of facial recognition pretty extensively on Naked Security, including the concerns about potentially inappropriate use of the technology. So the news that the US government is launching a challenge to find the best facial recognition software is something we’re very interested in.

If you’ve developed a facial recognition app, you could win up to $25,000 in the contest, for which submissions close on June 15. The Director of National Intelligence agency said in a posting on its website that they’re running the contest because “face recognition is hard. Algorithms are known to commit both false negative and false positive errors, especially when factors such as head pose, illumination and facial expression depart from formal portrait photograph standards.”

If you’re interested in winning the prize and making facial recognition better, here’s where you can register.

What’s been described as a security incident in which the official news agency of the Gulf state of Qatar was hacked has led to Saudi Arabia, UAE, Egypt and Bahrain cutting diplomatic ties with the country, Al Jazeera reported on Monday.

That hack was followed by a further attack on Saturday in which the Twitter account of Bahrain’s foreign minister was taken over. The countries breaking diplomatic ties with Qatar said that it was destabilising the region and backing extremist groups including Isis and Al-Qaeda – which Qatar denies.

The diplomatic tensions come after Egypt, Saudi Arabia, Bahrain and the UAE blocked Qatari news sites – including the internationally respected Al Jazeera – after comments critical of Saudi Arabia had appeared on state media. The government in Doha said it was not behind the critical comments, adding that it had been the victim of a “shameful cybercrime” and that they had appeared after hackers had taken over the state news agency.